Where the Buffalo Roam and the Elk Play! 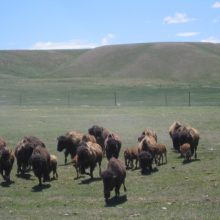 The beauty of Elk in the Colorado mountains is s sight to behold!  The landscape is so different than here in Florida, we soak up all we can when we visit. 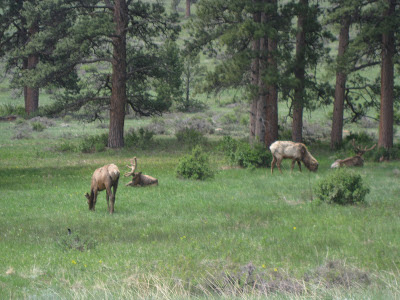 This trip, the six of us visited the Terry Bison Ranch in Wyoming.  It was a western theme park of sorts plopped in the middle of Wyoming prairie land.  When we pulled off the highway and into the drive, it was one of those moments when you really aren’t sure you want to get out of the car.  My cousin, Rosie and I looked at each other, both of us thinking:

“Do we really want to venture into this place?

My Rosie and I are always up for an adventure!
So we suited up the kids for the chilly wind and headed into the lodge. 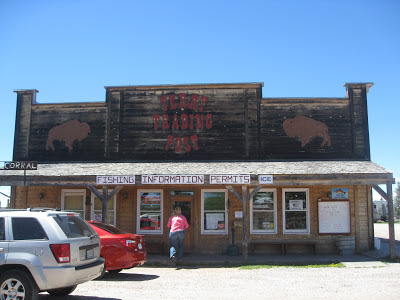 We bought our tickets for the “train ride” out into the Bison herd to feed them.  As we hit the
trail to find our tour guide, we still weren’t sure what we were in for. It was an electric train
caboose that ran on a track, past all their livestock barns and out into the prairie where they
keep a herd of Bison for visitors.
This is a working ranch that works with 5,000 head of
Bison over several hundred thousand acres I believe.  As a sideline, they have campgrounds,
kiddie rides, trail rides by horseback out on the open plain, and a myriad of other seasonal activities. 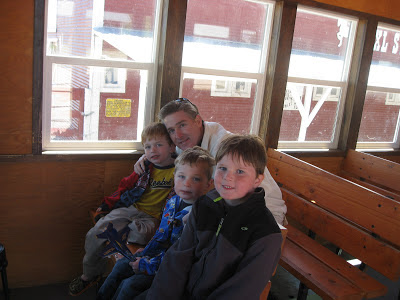 We were the only ones on this train tour, again, we wondered about our decision-making skills.
But the beauty of the prairie called us.  Our adventure was just that, as we headed out
into the unknown, our guide was as nice and knowledgeable as she could be.  The kids were
having a blast just riding in their own train car.
Then, she unexpectedly stopped in the middle of the herd.  Were we actually going to get out of the train car?  No,
she opened the side door, which is about 4 feet off the ground and starts hollering for Harvey.

Harvey the Bison looked up and came on over!!  He knows the feed train when he sees it! 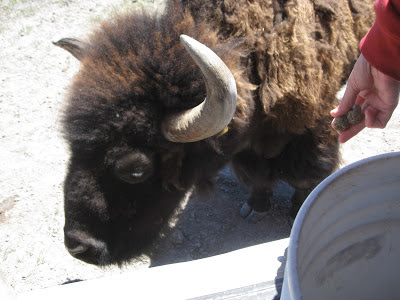 We were told he is called Harvey Wallbanger, I thought it to be an odd name for a Bison until
the train started rocking back and forth.  The kids thought we were on a roller coaster
and it was fun!  The bison was pushing on the train with his head for treats.

Rosie and I look at each other with the thought that this was going to end badly!!

Then, another Bison joined in on the other side of the train.  Apparently, the Bison like to rub their backs on the train to help get off their winter coat!  A warning in advance would have helped my blood pressure! 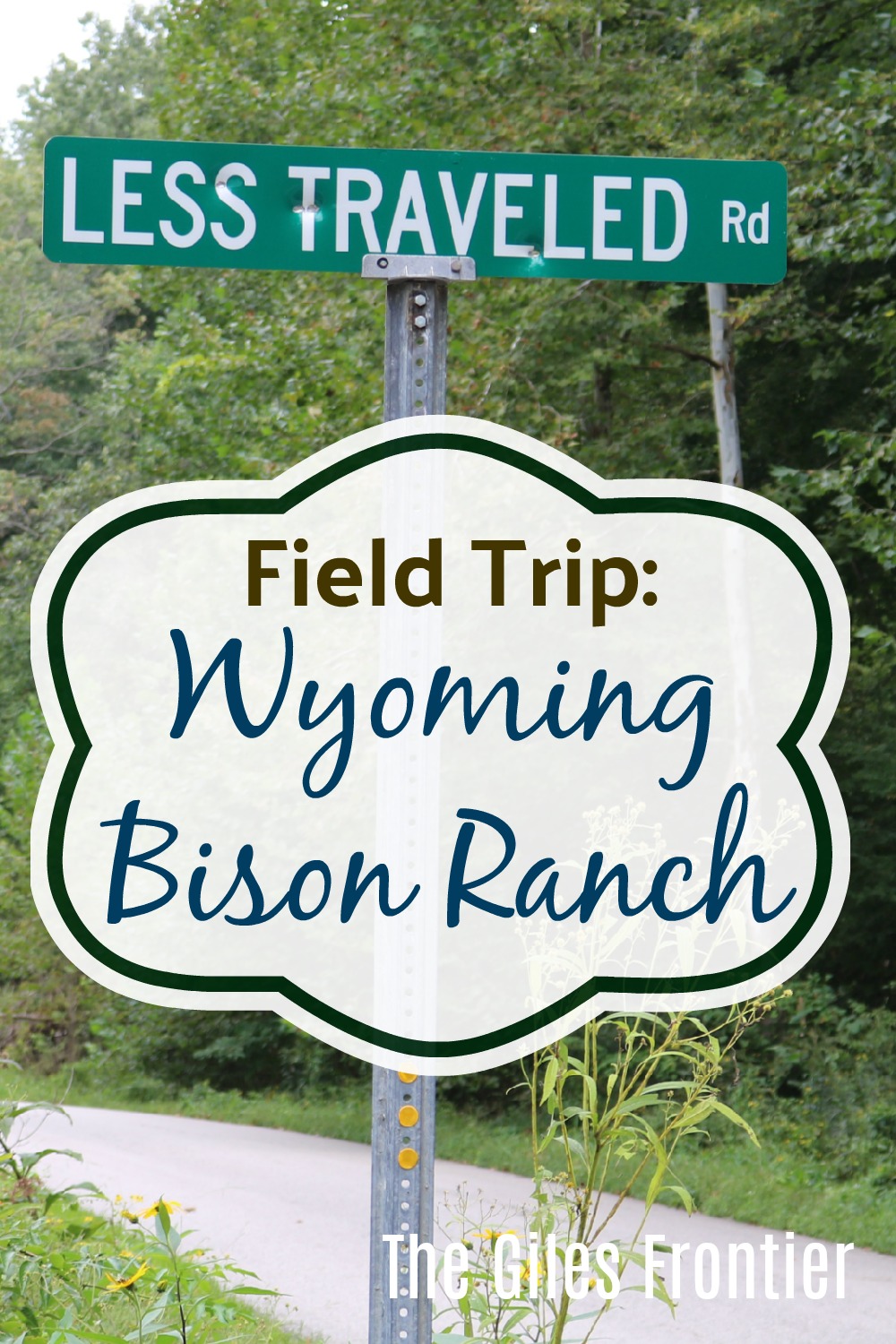 We spent quite a bit of time feeding the Bison alfalfa snacks after we got over their very sticky slobber. We watched the babies with their mommas and enjoying the beauty that was around us.
It ended up being an awesome experience that the kids and adults will remember for years to come.
Sometimes the best experiences come from places you would not expect, like Terry Bison Ranch .  If you are ever in Cheyenne, Wyoming, stop by and visit Harvey, you won’t be disappointed! 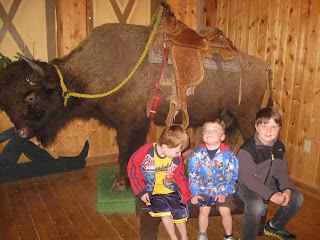 Our last day in Colorado, Grant and I headed up to Rocky Mountain National Park . We followed the route we took in 2007, looking for the elusive Big Horn Sheep.  They come down from the mountains to graze in the open pastures in Spring.  Instead of the sheep in the pasture, we found Elk!
They were grazing all over the place, soaking up the sunshine.
We also visited the Alluvial Veil, which is where a rock slide happened many years ago and created a waterfall of rushing water over large boulders.  Curtis and I had taken the boys there when Grant was just about 15 months old.  This time he wanted to go to the same places that were in the pictures so he could remember.  So, I did my best to find the same spots. 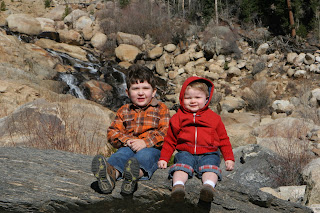 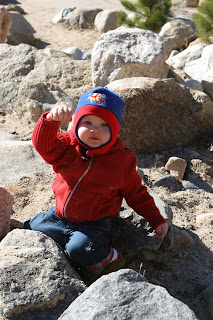 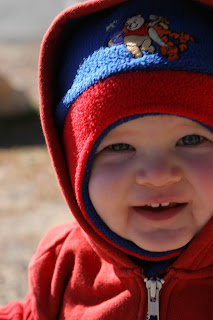 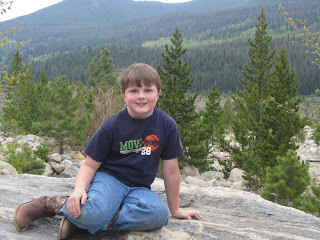 now
Pretty close!  He is still just as handsome!  We had a great time together.  It was wonderful to spend one on one time with my youngest.  It is so hard to do, but worth every minute.
The days of their childhood fly by.
That day we watched a marmot be a lookout for his brood, we saw prairie dogs pop up and down in their holes,
and took in the beautiful snow-covered Rockies. God’s glory was everywhere!
Grant and I also visited the Georgetown Loop Railroad and Silver Mine for a fun train ride and tour of a silver mine.
We had unexpected cold and snow flurries!
So much rich history in the Colorado area, we enjoyed it even more since we had been studying the gold rush era earlier this year in our history studies. 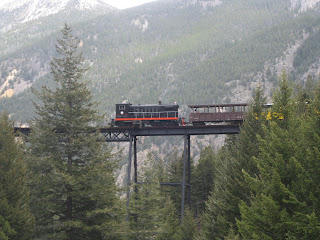 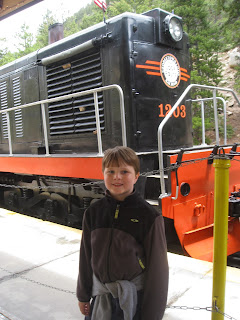 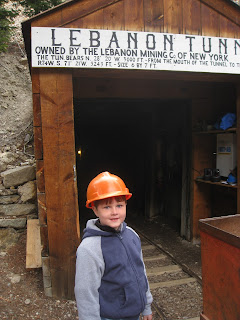 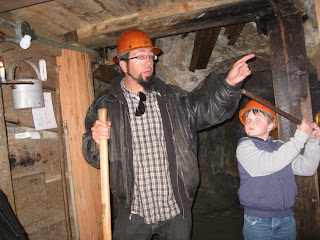