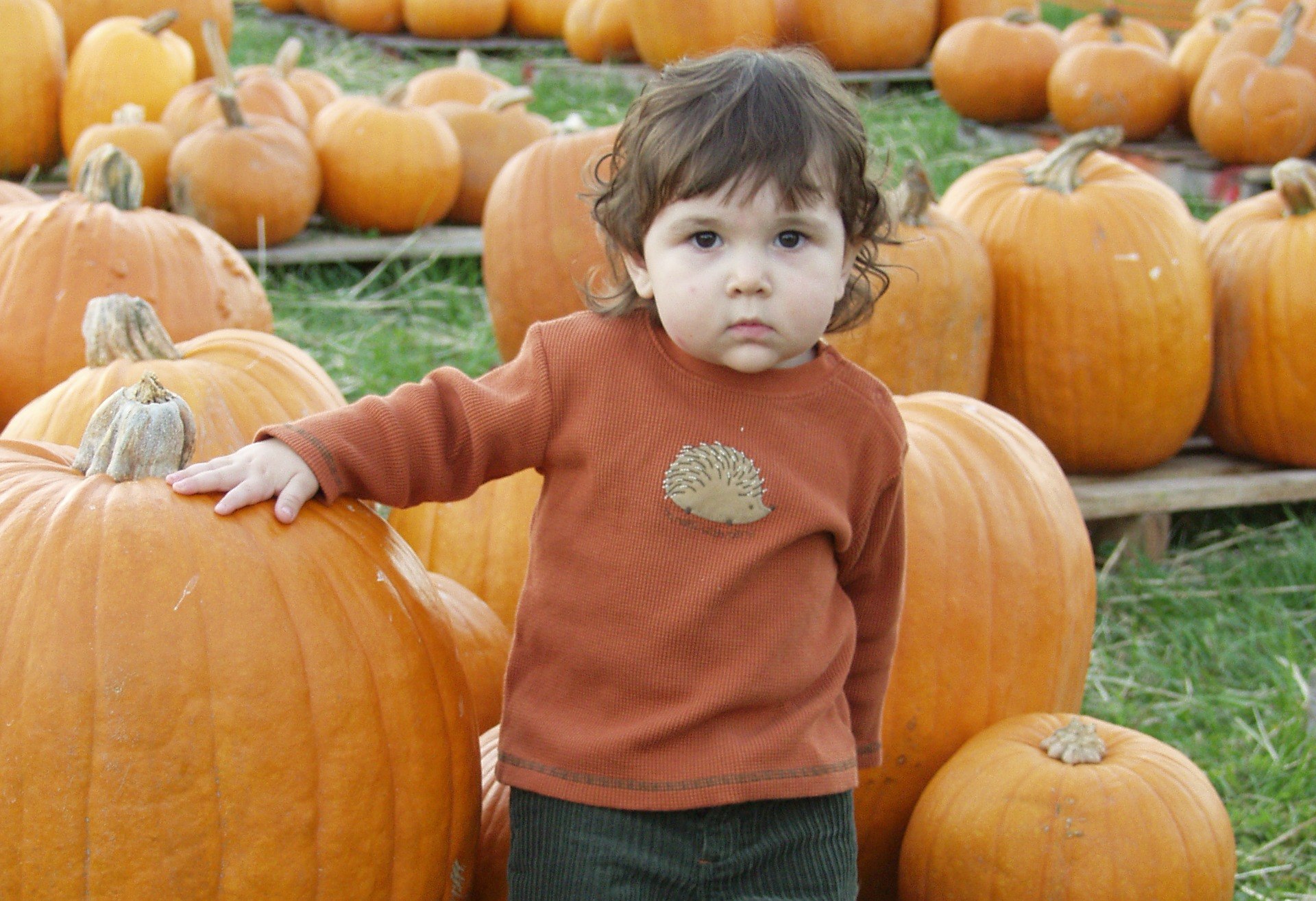 The quiet whispers of “Is there something wrong” started when our first child, Grayson was a newborn. He cried for up to seventeen hours a day until he was about seven months old.

Grayson seemed unable to feed well his first week. At the doctor’s office they said he had lost weight and I must give him formula. I was trying to breast feed, but was recovering from an infection during labor. We did both, but he was still crying all the time. I felt like a failure right out of the gate. The phrase “Special needs” was not on our radar. However, I couldn’t help my baby stop crying.

The next trip to the doctor, they said he had colic and that we would just have to deal with it. By this time I was so sleep deprived and in full swing of what I now know as postpartum  depression, that I could not think clearly. My husband Curtis and I were not getting sleep and he still had to get up and work everyday. I would cry when Grayson would finally sleep. I had longed to be a mother. I didn’t understand why it was so hard.

After the crying continued for another period of time the doctors said he had acid reflux. He had to sleep in his car seat so that he was propped up. A little relief was found, but not enough. Our parents became a lifeline. They would come and sit with Grayson, rock him and hold him, which is the only thing that soothed him, while we slept. Days began to run into each other and we prayed for the crying to end.

We tried anything and everything to help Grayson and understand why he was crying. We tried alternative methods, alternative doctors and no one seemed to be able to help. As other moms were enjoying the cooing of their babies and their first smiles. I was wondering if I would ever be able to enjoy that with my baby.

Grayson was around nine months old when I began to notice that he did not move his right arm very much. My neighbor and good friend Stephanie had a baby girl the same age and we visited often as new mothers. Both of us noticed different things, but she said all babies are different and not to worry. Her daughter was crawling and walking and seemed to be growing at a rapid pace. Grayson did not crawl and was quite content to just sit in one spot. He did not care to interact when there were several people in the room. He wanted to be held and rocked most of the time. I had a gut feeling that something was wrong, but I didn’t know what. Could he possibly have special needs I did not see?

I took Grayson to several music, movement and play classes with other babies and toddlers. Each of the teachers noticed something too, but they just gave me a look of understanding. I would ask friends and family who were in the medical field questions. No one would outright say, yes, I think there is something wrong with your son. I began to feel like I was making it up, that I was obsessing over signs that were not really there. No one was talking. There were just quiet whispers.

I enjoyed my son. I spent each day with him exercising his arms and legs, massaging, talking to him and playing. I soaked up all that I could with this wondrous little boy, I had waited ten years to have. Curtis and I went through infertility treatments for five years and had given up when we found out I was pregnant. I wanted to take up every moment with this boy in my memory. To savor what I had longed for so many years.

As he grew I began dismissing the signs. He was always tripping and falling, so his shoes must be too big. He would drop most items and fall over things, he just didn’t have the coordination yet. He would scream at loud noises, toys that made noise or being out in crowds made him cry. So we stayed home, we gave away any toy that made noise and we adjusted. We had a strict nightly routine because Grayson needed more sleep than the average child and was terribly unsettled and confused when we were off track. We were often teased that we didn’t have any fun anymore because we shut down at sunset and never “lived a little”.

He was the sweetest toddler ever. He loved to swing, all the time. He had a crooked smile, loved to be held and rocked. I read books to him all day. Sitting close and holding tight while swinging in our backyard swing together. He seemed bright and healthy, but there was still something.

Grayson was two and a half when I found out I was pregnant with our second son. I cried for three days. The only experience we had with babies was Grayson. I did not think I could survive having another child who cried all the time. I was very sick for six months and Grayson happily sat by my side, playing with toys, making words and growing. But there was something that gnawed at the pit of my stomach. Something that a mother knows but unable to confirm.

Grant was born 3 years and 3 days after Grayson. February boys. We were on a day trip to a zoo with extended family one day, when Grant was a baby. That is when it happened. Everyone saw it. Grayson was walking in front of all the adults and it was plain as day that he was limping. A limp that was full body and that he was completely unaware of. He was limping as if one leg was shorter and his body had compensated for it. A lump in my throat formed that was so big, I could not swallow. I began making notes and watching his every move. We videotaped him walking to make sure he really was limping. It was always his right side. I also began to see that he really did not use his right arm as much as his left. His smile drooped to the right and his right eyelid too. How did I not see this before? How could I have let this happen? What kind of mother would not see these obvious signs?

I began an internet search for answers. You know, where you find ten different obscure illnesses that it could be and convince yourself he has some rare disease. Asperger’s syndrome was what I was coming back to often. Autism was high on the list, but he did not fit nicely into any of the possibilities with his symptoms.

I became angry. Angry that all this time, three years, I knew there was something wrong with my son and I was repeatedly dismissed by doctors. I was not a hysterical first-time mother. I wanted answers. Then I began to be so sad that my son had suffered from something and needed our care. I had failed at being a mother and taking care of my son. I  had let him down.

I heard the quiet whispers of the Holy Spirit, but I had allowed myself to ignore them. I believed the professionals’ opinion as the final word and dismissed my own instincts. Now, I was ready for answers and I would stop at nothing to find them.

Podcast: Holly telling her story in this first installment of “Special needs journal.”

This is the first in a series titled “Special Needs Journal”. After thirteen years I am sharing the tragedy, the grief, the hope and the miracles of our life with Grayson. Out of respect for him, I waited until he was old enough to give me permission to speak about his journey. Even though these events affected me deeply, it is ultimately his story.  Peeling back the layers of our family will reveal deep loneliness, isolation, regret, hope, freedom, and faith. If you are on this journey with a child of your own, you are not alone. Sharing our stories can uplift those in the depths of theirs, and give them hope to come out on the other side. 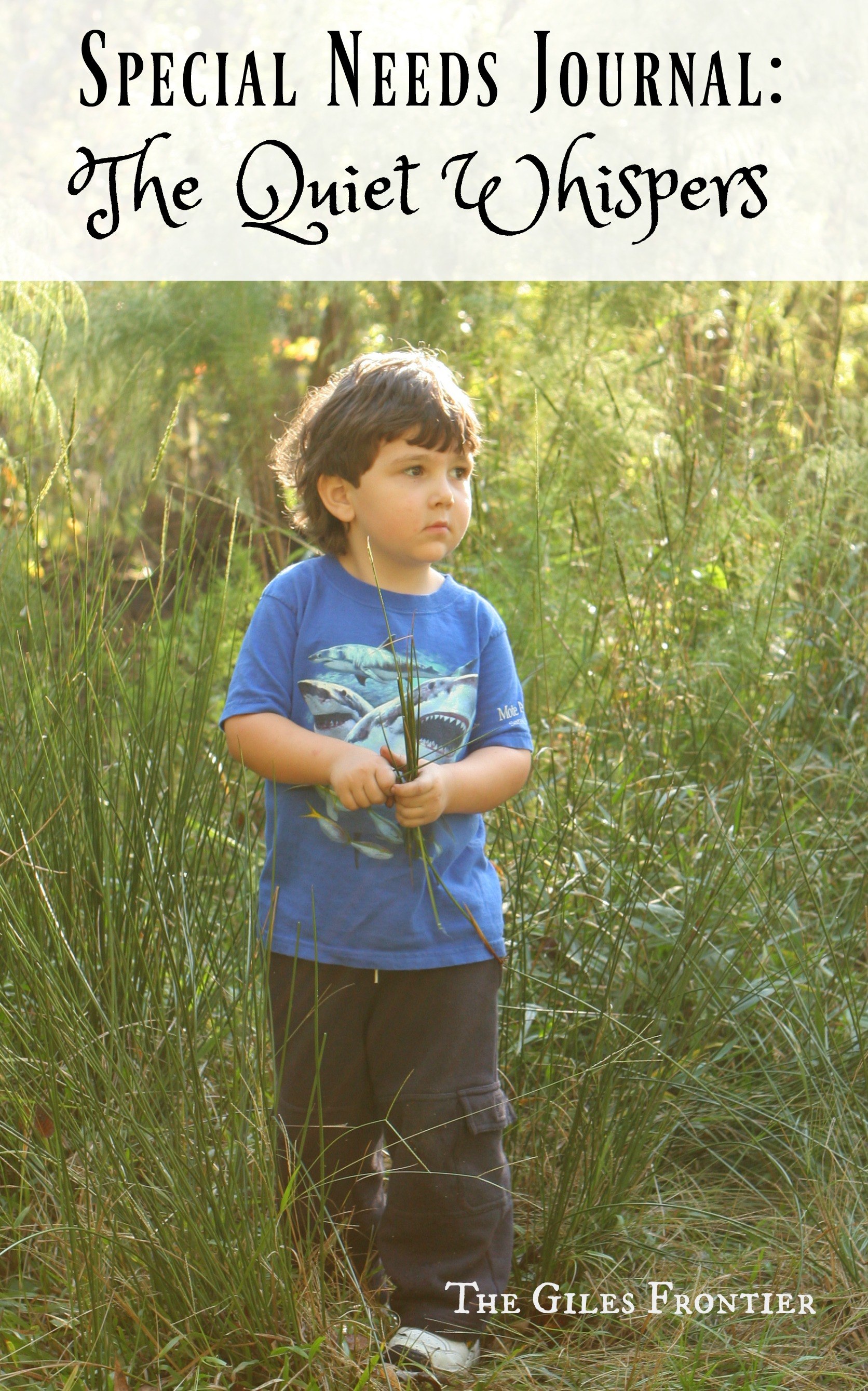 Build a Fresh Fire to Rekindle Your Mama Heart