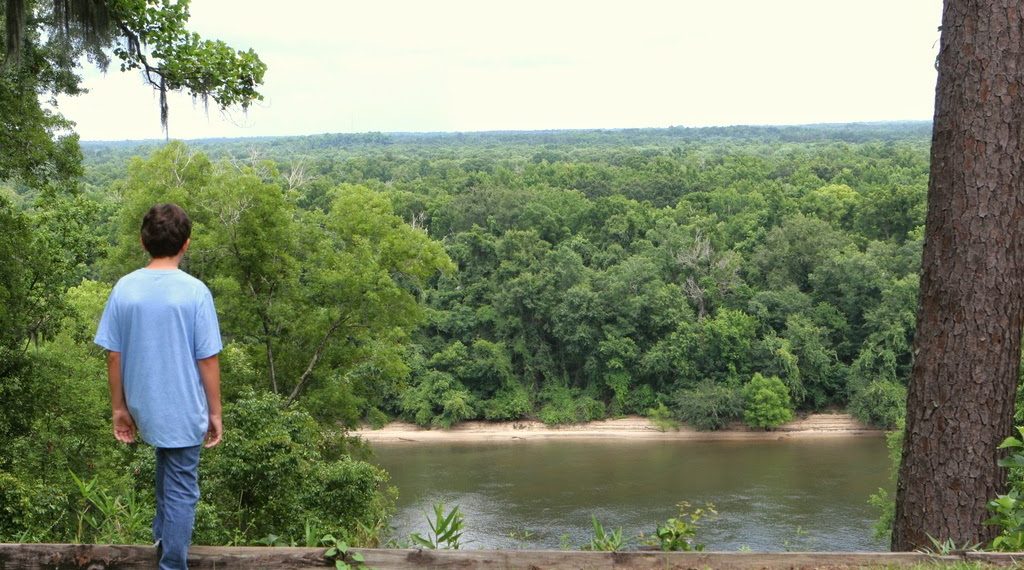 Taking a road trip with just one of my boys does not happen often. I took advantage of an
opportunity to take Grayson to several state parks and to Alabama to see my grandmother
and to reconnect with my firstborn.
Whenever we hit the road, we have our Florida State Parks Passports in hand to visit new sites and
learn a little bit along the way.  It is summer, but I had an educational agenda on our mini
vacation. 4 state parks, George Washington Carver Museum and Tuskegee Airmen museum in
Alabama was on my list. 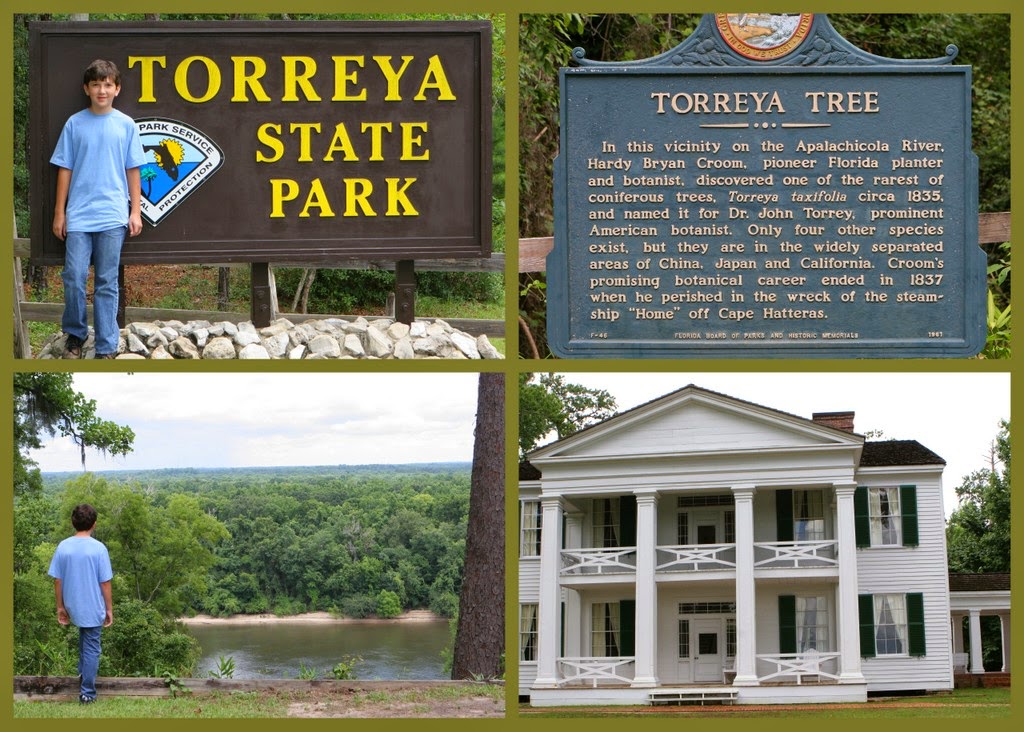 Our first stop off of I-75 was Torreya State Park.  Torreya Pine trees only grow in three places in
the world.  The Florida Torreya only grows in a small portion of the state where the weather
and conditions are just right! They look like pine trees with very different needle pattern.
The park sits on a cliff that overlooks a major waterway that has been used for transportation
and military operations for over a hundred years. 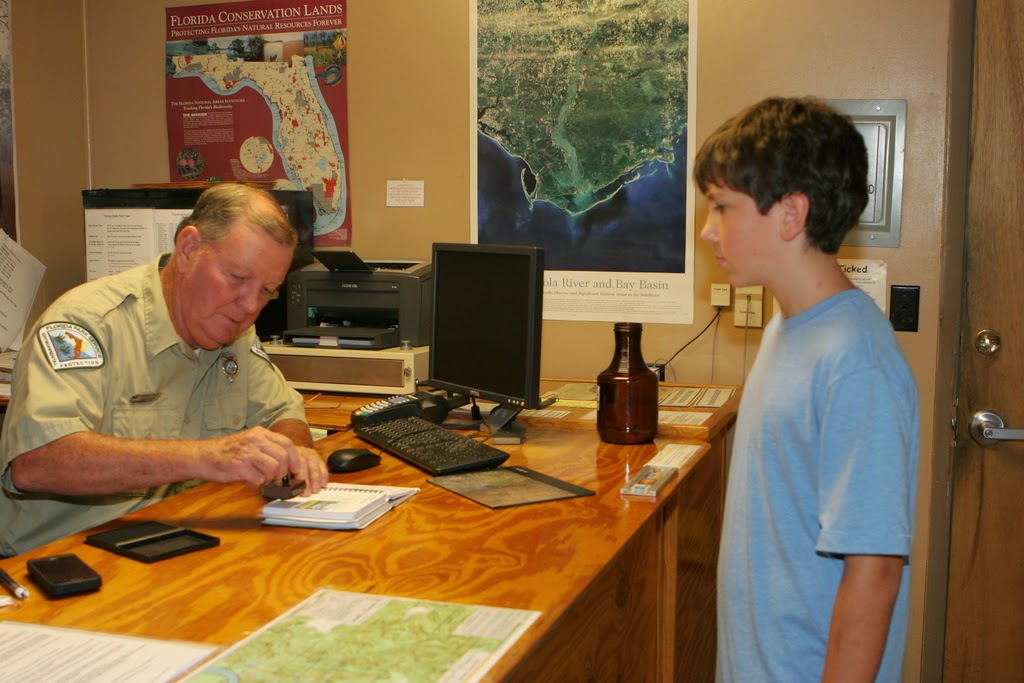 We visited with Ranger Howard in the barracks that were built by the
Civilian Conservation Corps, CCC, that now serves as his office and camp community
room.  He has worked here for 13 years and says he loves the campers here.  He says that
campers are the best people he knows!!  It was a little hot for us, but maybe we will
come back in the fall with our tent. 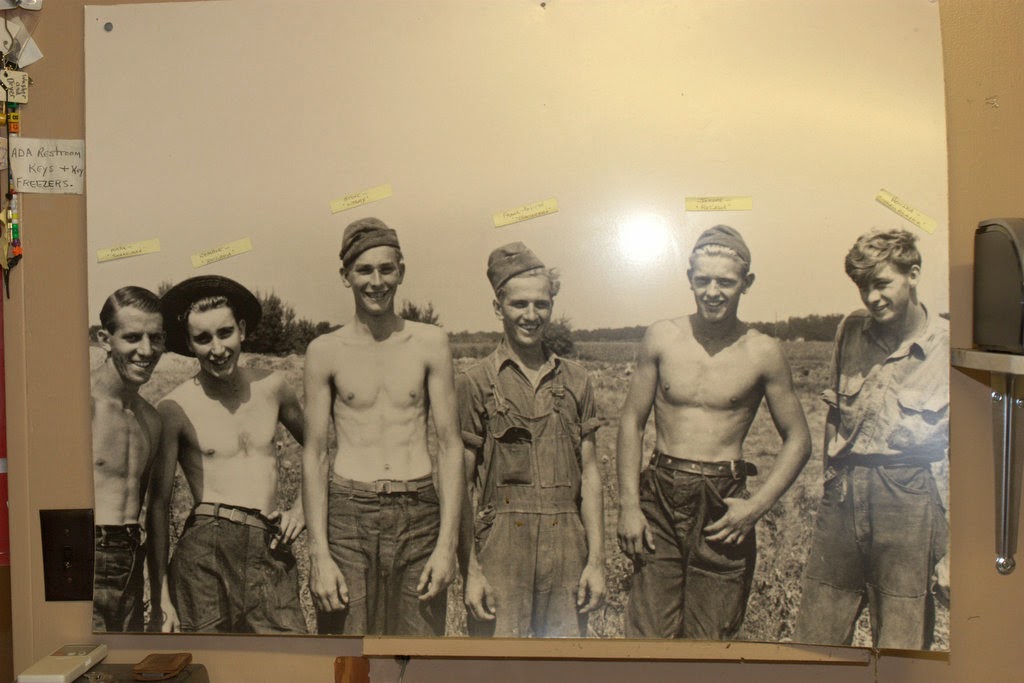 Next stop was Falling Waters State Park.  I had no idea Florida had a waterfall. It is
surrounded by many sinkholes.  These sinkholes are small, but somehow opened up
this beautiful space in the ground that is enjoyed by thousands.  It was super hot and
humid down there, but a spectacular view! 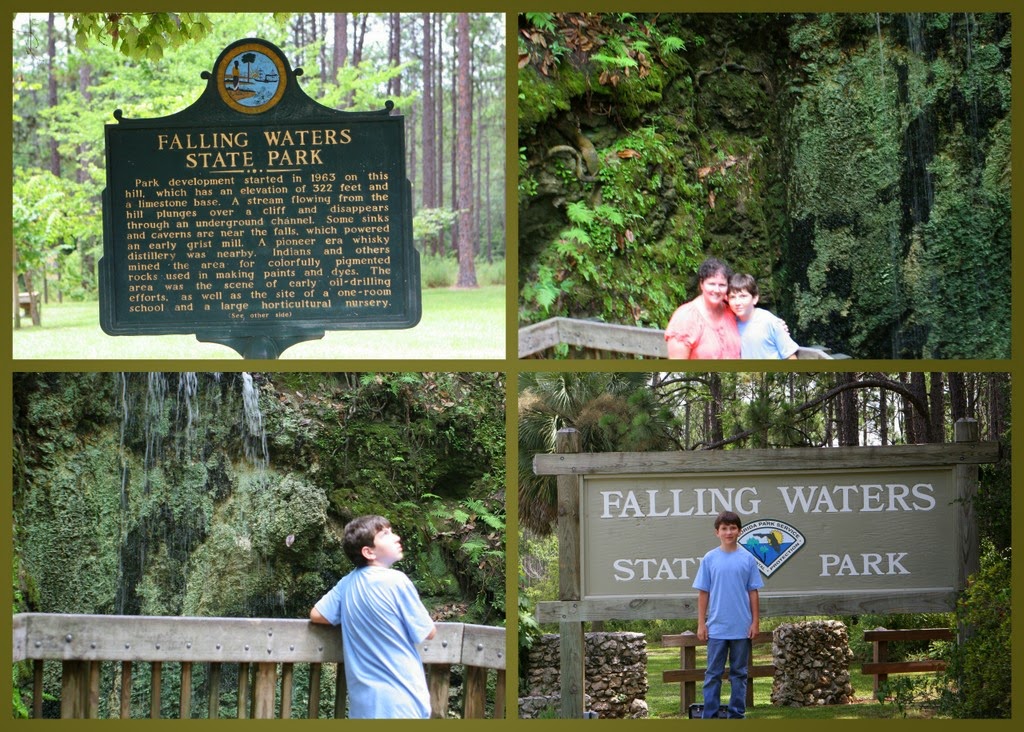 After arriving at MeeMee’s we took a day to visit and rest up for our trip to Tuskegee.
My sister, Candace was coming up to join us on our next road trip.  We did not have the pleasure
of growing up together, and I had not seen her in a year.
So I was excited she was coming along.

It took us 3 hours to get to Tuskegee. Not sure if it was the back roads we took or my sister’s
bad navigation.  We made quite a few turn backs and had a lot of laughs.
Well worth the extra time. 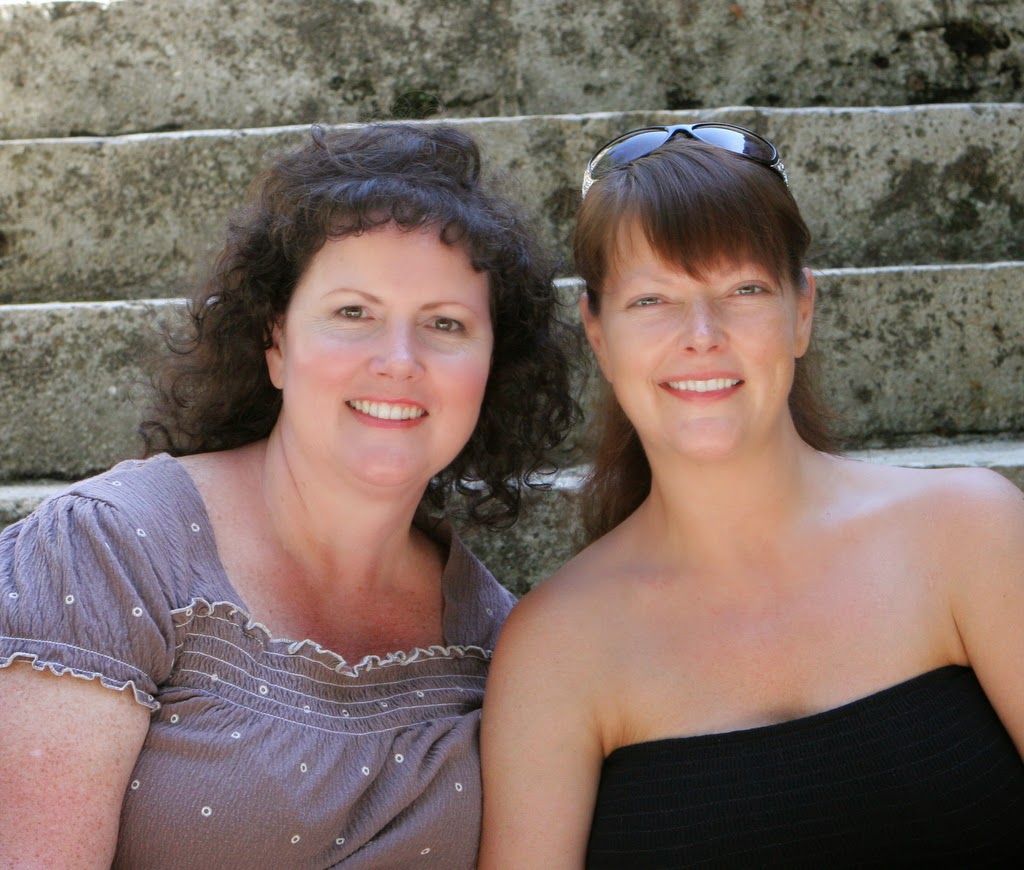 Tuskegee Institute, now Tuskegee University has a beautiful campus.  Most of the buildings
have been there over 100 years and made of hand molded, beautiful brick.  The history that
took place here is incredible, and way more than I was prepared for.
George Washington Carver Museum is a National Historic Park and is run by the
National Park System.  The museum had been updated in February and was truly fascinating.
I think when people hear George Washington Carver’s name they think peanuts and botany.
He was so much more. What he discovered and shared transformed every part of our lives
and the products we use. It is so profound that I will
devote another post to our visit with this treasure. 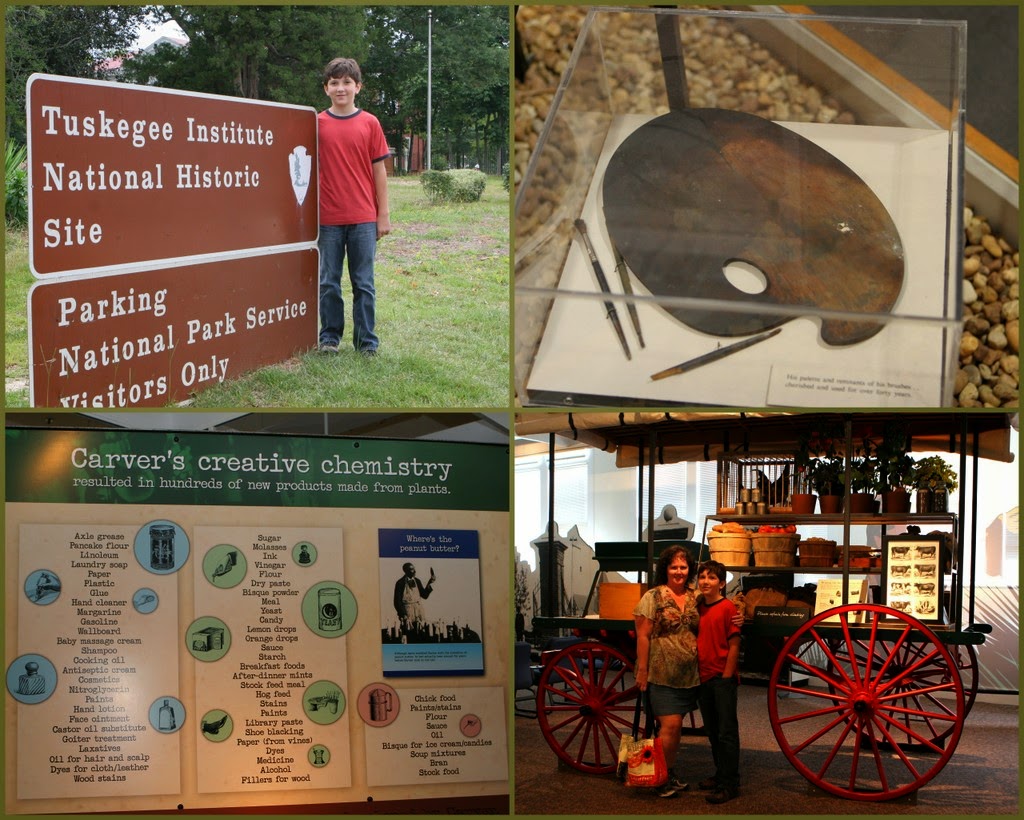 Tuskegee Airmen museum consist of two original hangers and the surrounding property
where the Airmen of World War II trained and built many of the planes they flew.  What they accomplished during the war is quite amazing and I believe little known.  This is also a
National Historic Site and has just finished creating new exhibits in one of the hangers.
Crockett loved the planes and the videos of the actual airmen’s accounts of their time here and
what they had to go through to be accepted by the United States into the armed services.
It gave all three of us a new appreciation for these men who broke barriers and
became legends in their service to the United States. 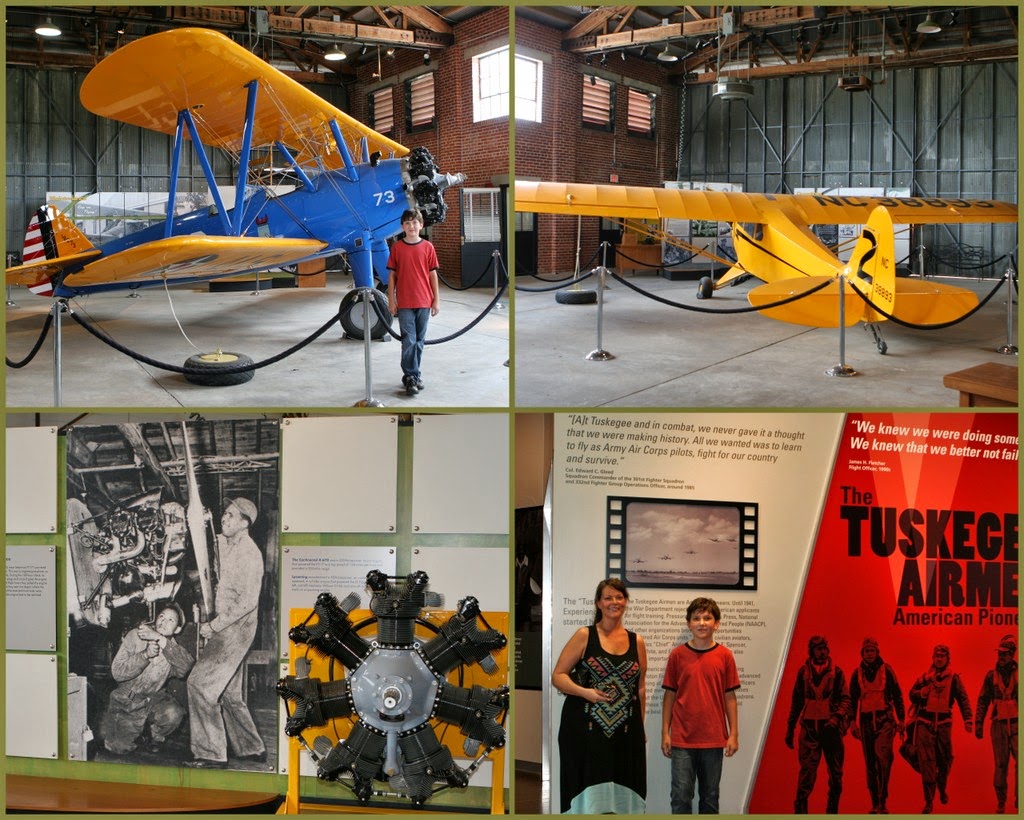 After another day of visiting with my grandma, we hit the road home. Our first pit stop
was at Florida Caverns State Park.  My sister, Candace met us here for one last visit.
The caverns are awesome and were an apparent accidental discovering by private
owners in the 1930’s.  The CCC again was instrumental in creating paths through the
caverns for future generations.  The work was grueling and they left their mark with
porcelain bowls in the ceiling. It helped to reflect candlelight while they worked!! 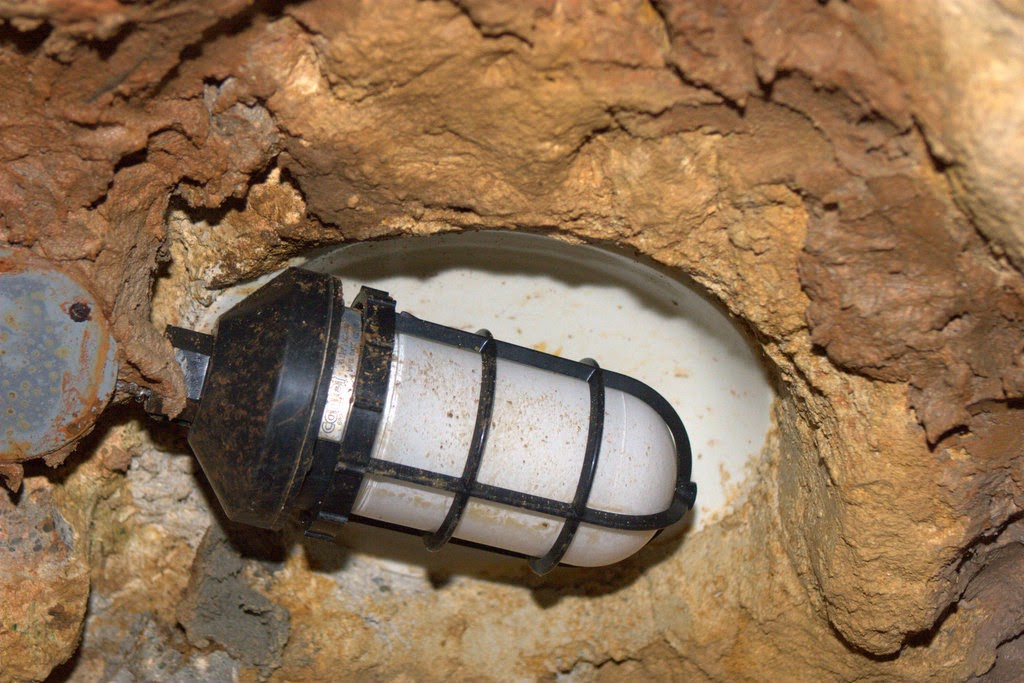 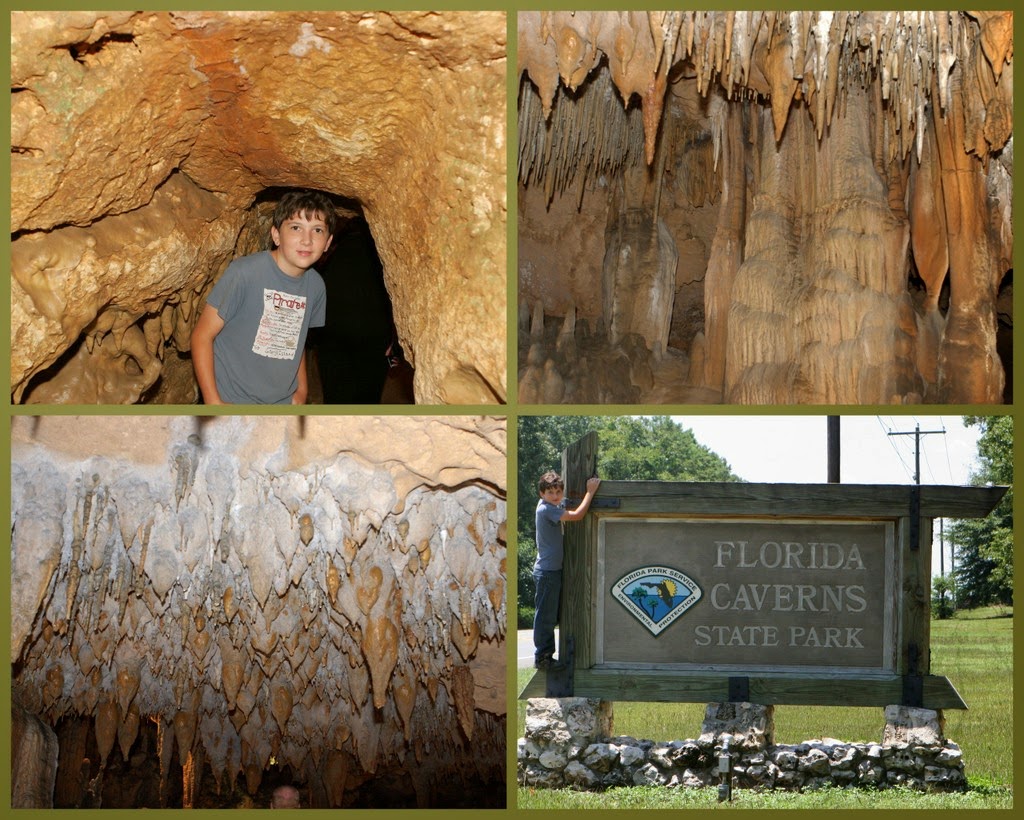 Can you figure out which is a stalagtite and stalagmite?  (hold tite from the ceiling).
It is fascinating how minerals and water can create such beauty under the earth! 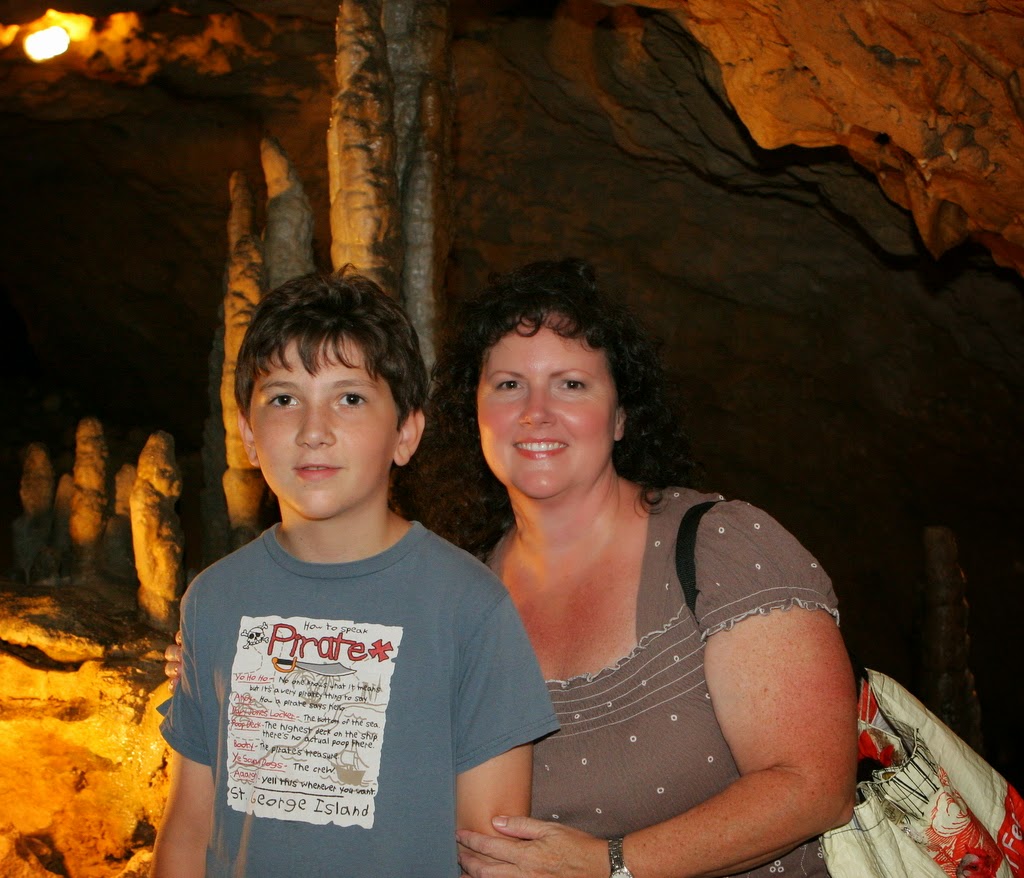 Last stop on our long day home was Three Rivers State Park.  What a magnificent forest
and waterway.  The camping area was full. It was a circle at the water’s edge, nestled among
cypress trees. Beautiful.  We took a short walk at the day use area that overlooks the water.
A nice breeze gave us just enough energy to keep on journeying home. 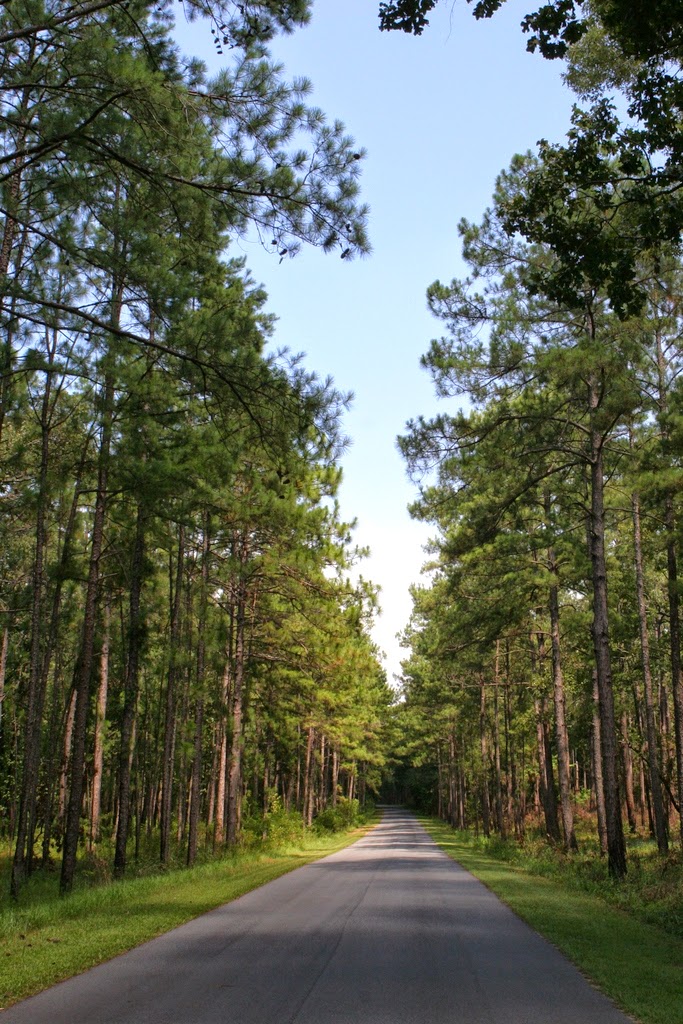 Having this time with my boy was special.  He is eleven, yet he seems like a young man
growing up.  I enjoyed our conversations. We listened to Pollyanna on CD together and
LOVED it.  Crockett is such a precious gift. I am so thankful that I have been blessed to
be his mother, he has taught me so much. 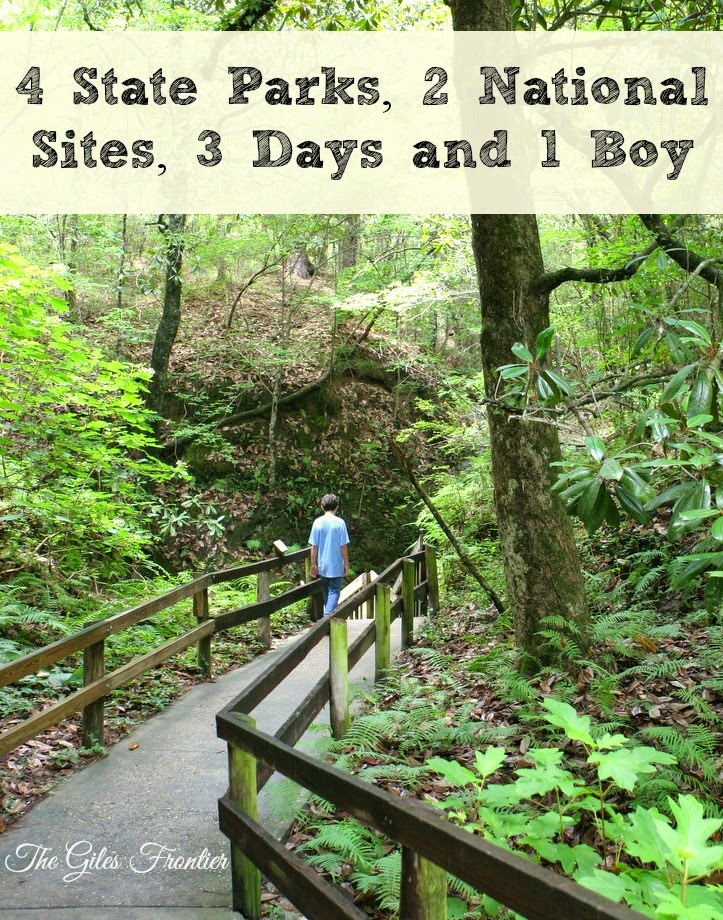 Thanks for sharing this trip with me. If you are on a road trip, check out some of your
state parks. You might discover treasures you did not know where there!
What special moments did you experience with your children this summer?