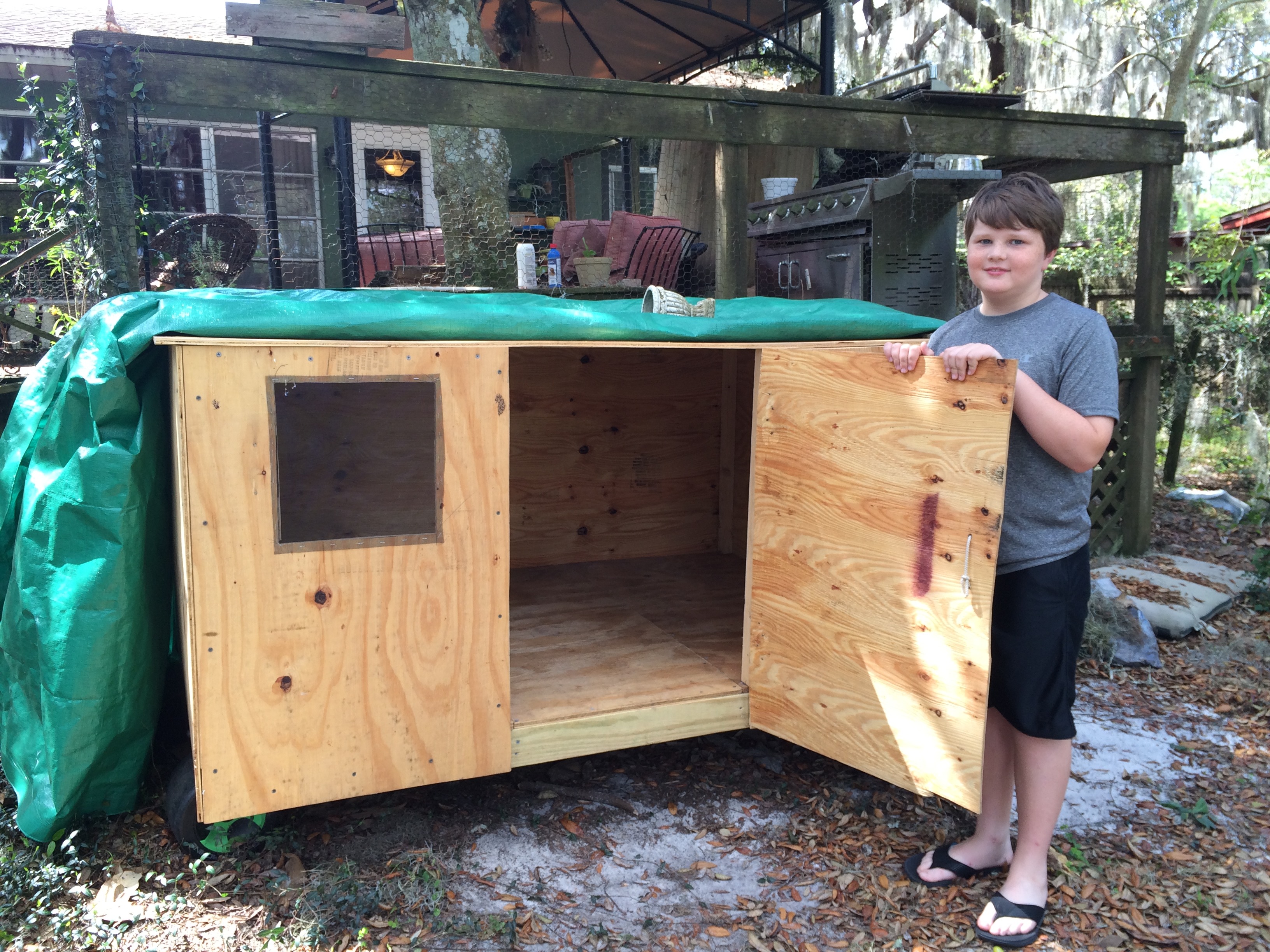 Have you ever wanted to build a backyard camper? I have never had the thought myself, which is why I discouraged the idea with my youngest son Grant. He has had a fascination with campers and trailers since he was very young. Always pointing them out on a car ride and dreaming of having his own one day.

Around age eight, his love for campers still going strong, he drew out plans to build his own homemade camper in the backyard. His eyes lit up when he talked about it, but I still was not on board with this elaborate plan to add an eyesore to my backyard. We had enough of those already. 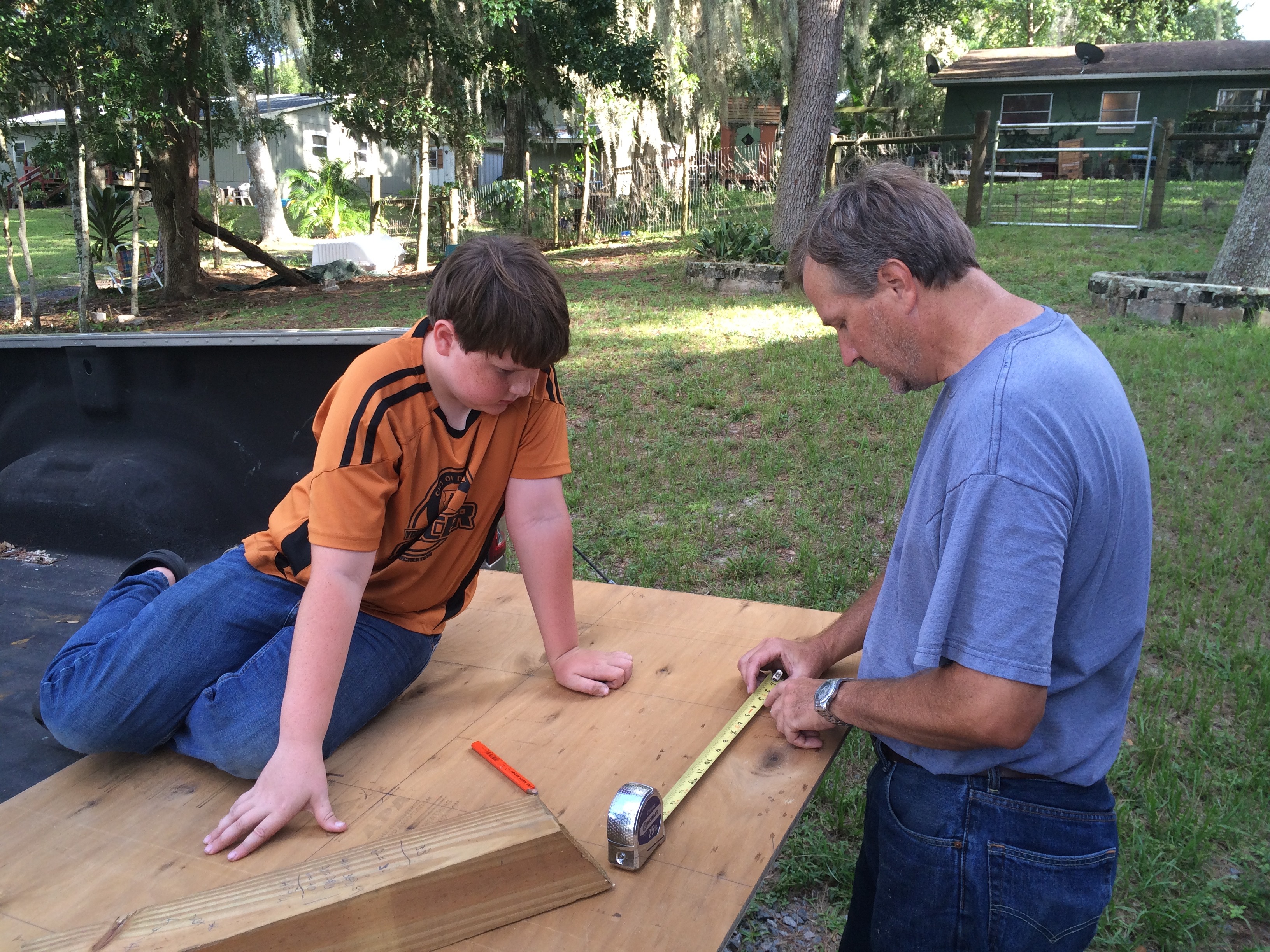 He was serious about this endeavor but I was very discouraging. I explained to him that people just don’t build a camper in their backyard, especially children.  This was not very realistic to think he could build one, besides, we didn’t have room to put such a thing in our backyard.

I started to feel bad about my attitude because he was so enthusiastic. However, I wanted to be encouraging about his ideas and let him be free to try new things, but this just seemed over the top. 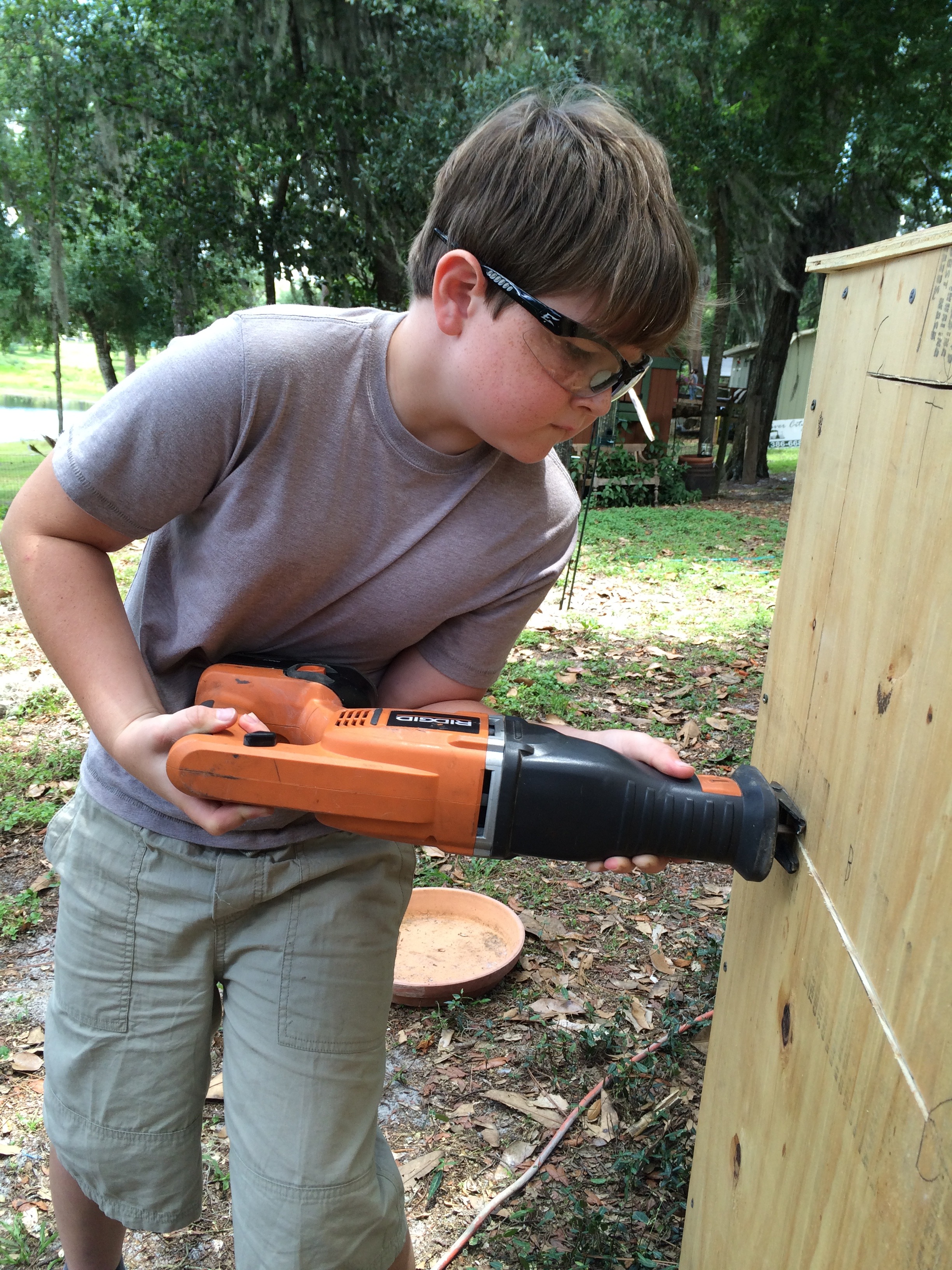 Grant is fortunate to be able to spend a great deal of time with his grandparents. His Papa is up for just about anything. Especially when it entails little boy ideas. When Grant shared his idea with him, the spark was lit and a trip to Home Depot was in order. Each time Grant came home from working on his homemade camper, his eyes lit up. He told me about measuring the wood and using Papa’s tools. He wanted to make sure all his measurements were correct. 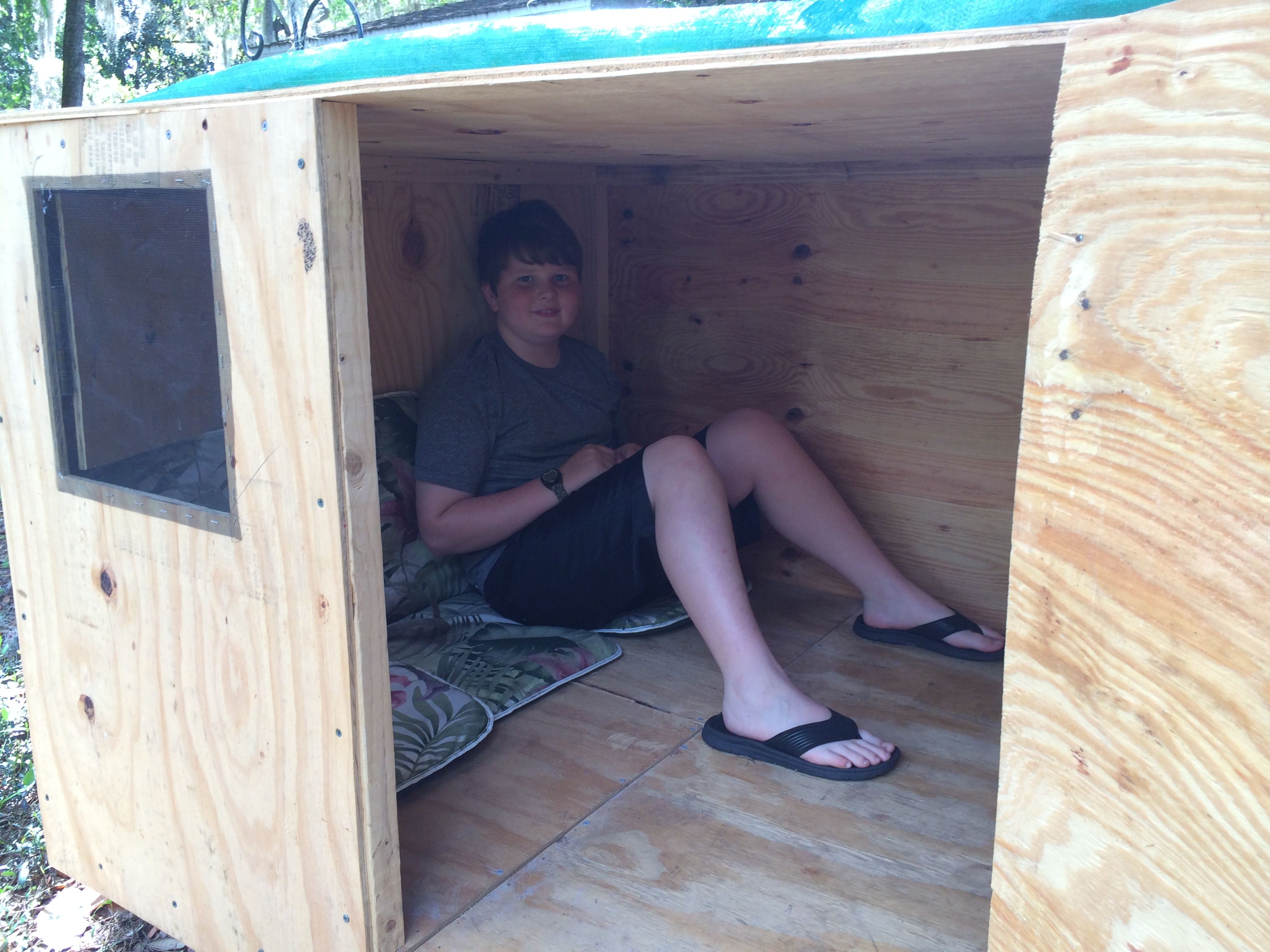 It was a month or so later when Papa showed up at my house with Grant’s backyard camper on the back of his trailer. They maneuvered that camper on makeshift wheels over the edge of my back deck, right in my view of the lake. Grant was so excited he wanted everyone to get in it. It was about 7 feet long, 4 feet wide, and not quite 3 feet tall. Honestly, when I sat in the doorway, the thoughts of a coffin came to mind.

I still can’t hang out in there with the door closed.

Grayson and Grant slept in it that night and decided it was way too hot inside to stay closed up, they needed a window. Curtis helped Grant use a saw to cut it out. Then they used a piece of leftover screen and stapled it to the new window.

Grant’s dream of owning his own camper had come true. He had a plan in his head, drew out plans, and Papa helped to make it come true. I changed my tune about the distraction of Grant’s ideas, he is truly a craftsman who found a way to bring his idea to life.

Grant spent his free time setting up camp inside. He was meticulous about what he needed to “survive” in his camper. Everything had a place and each new day brought fresh ideas. 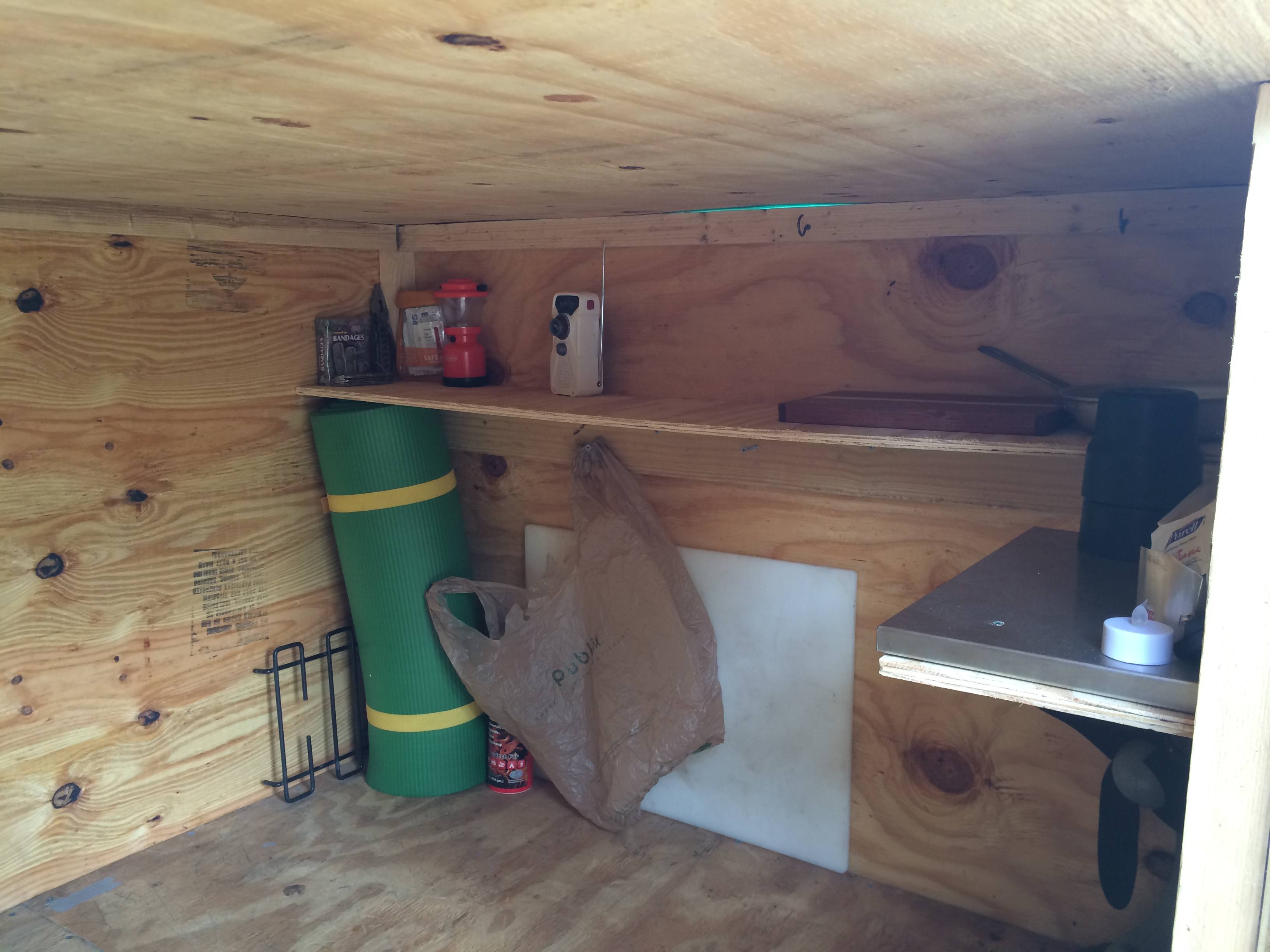 The camper was wonderful on cooler nights, then it sat dormant through the summer. A tarp has to stay over the top so water didn’t leak in. A few uninvited guests moved in that had to be evicted when fall arrived.  Once it was cleaned out and re-stocked with supplies Grant decided adding a kitchen was a grand idea. 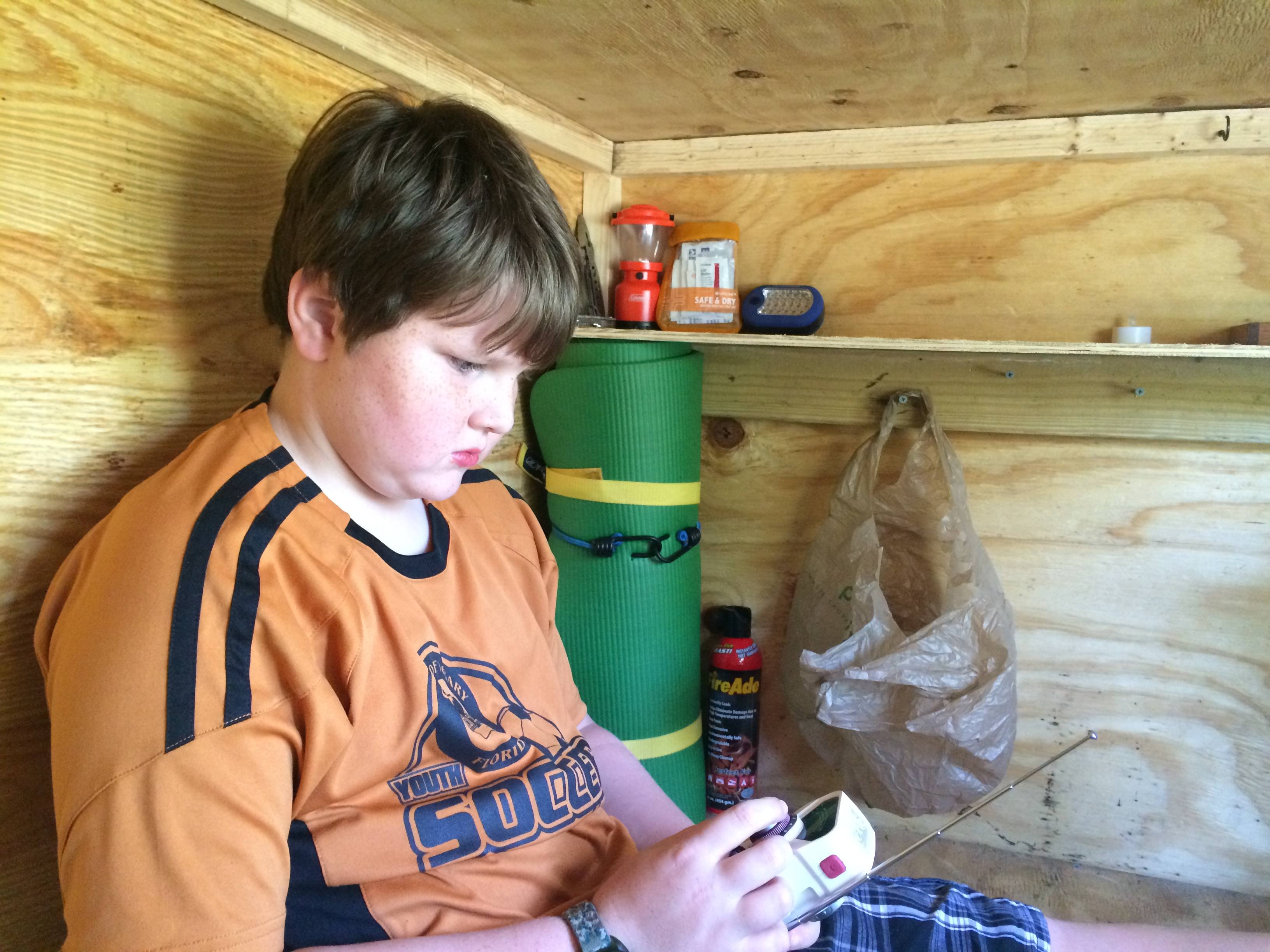 I was fine with the camper by now, but a kitchen, no. I told Grant that you can’t cook inside a wood box and a kitchen was NOT a good idea. He said he was going to show me he could. Great, another tug of war of the minds.

We had 2 gas grills on our deck. Neither worked and Curtis had plans of taking parts of one to fix the other, you know how it goes, and it never happened. I declared that on the next trash day the grills were to go to the road.

The next morning, I looked out the window and saw Grant checking out the grills. He was turning the knobs and lifting the lids to see how the hinges worked. Then, he measured pieces of the grills and then measured his camper.

It was at that moment that his talents clicked with me. I realized that he has a talent for creating and building. All this time I thought it was an excuse to get out of doing math. I went outside and asked him what he was up to. He was hesitant at first, but then he shared his ideas with me.

I said to him, “Grant, I am sorry that I have not been supportive of your ideas. Today, I realized that you are a visionary and have a gift for creating and finding a way to build it. I can’t wait to see what you come up with.” His eyes started to sparkle and he got a big smile on his face and went and got the screwdriver.

In the end, he dropped the kitchen idea for fire hazards and decided to make a folding table from parts of the grills. Grant is happy with how it turned out and enjoys his little get-away in the backyard.

Learning happens at home all day long. Sitting at a desk was where Grant drew out his own architectural plans, but from there the learning was in motion. He learned so many new skills and made changes when necessary. He spent some awesome time with his Papa and Dad that will be a lifetime memory.

These opportunities help me to remember why we chose to school our boys at home. This is real life where all family members were involved in helping Grant bring his drawings to life.

Each morning when I sit on the porch and have to look over the homemade camper to see the birds at the water’s edge, I have to smile. I hope this is one of those awesome memories I get to reminisce about with my son twenty years from now.

I choose lifestyle learning any day when my boys can learn skills to carry into adulthood. Besides, who has a homemade camper in their backyard to play in? We do. 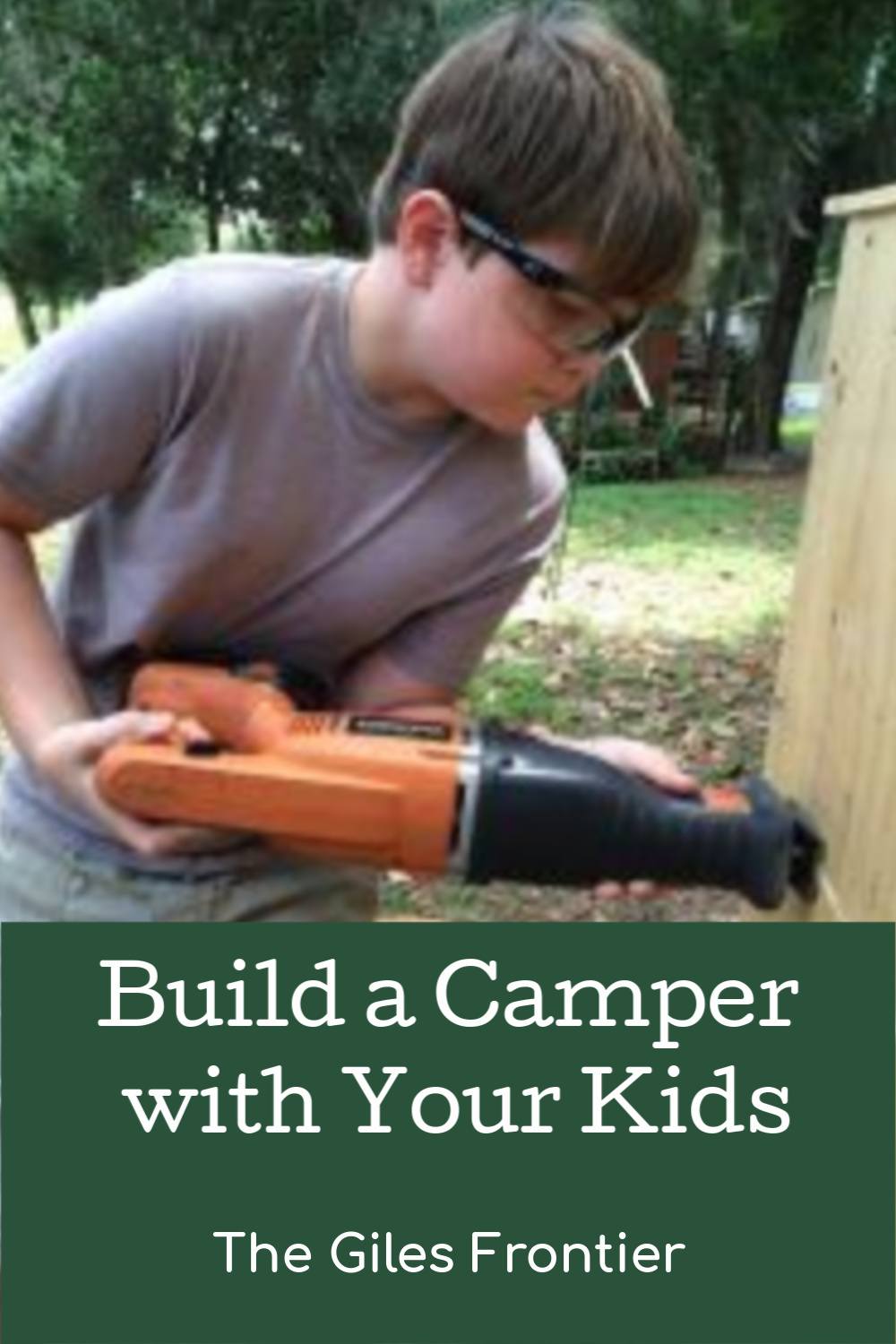