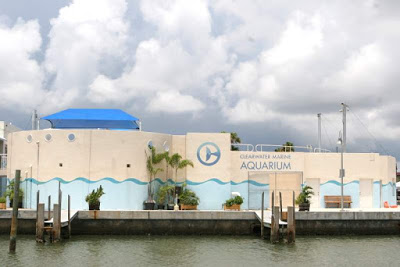 Have you been to an aquarium lately? Grant, my 10-year-old, and I took a mini-vacation to the Clearwater Marine Aquarium to see Winter, the dolphin who lost her tail. The movie Dolphin Tale was made about her and her journey to receive a mechanical tail.
My sister recently moved to Clearwater. So, it was the perfect excuse to scoot down to see her and Winter.  We have wanted to visit the aquarium for years. If you have seen the movie Dolphin Tale, you know about Winter and the loss of her tail due to getting tangled up in a crab trap.
Candace, Grant, and I headed over to the aquarium in the summer heat. Our mission was to learn more about Winter and the rehabilitation work they do there.

Even though it was stifling hot and crowded, we were able to see Winter in the pool during one of her therapy sessions. She did not have her prosthetic tail on. She only has it on for a short while, several times a day. 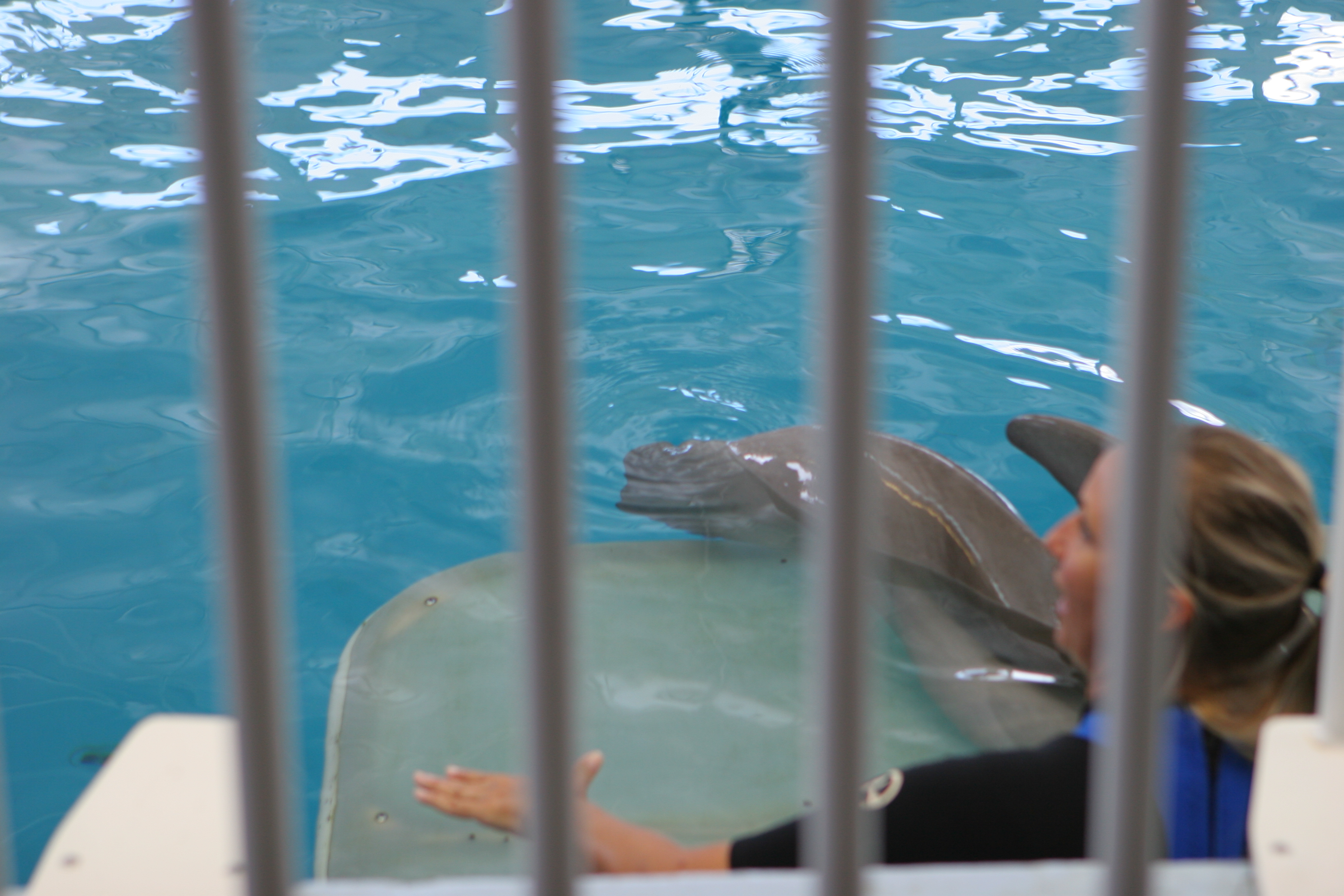 We encountered a large sea turtle. Apparently, he had his back flippers amputated due to a fishing line. My boys are avid fishermen.  Seeing these animals was a good reminder of what happens to fishing line if we don’t dispose of it properly. It may not seem like a big deal, but to a turtle who now cannot swim well to feed itself, it is rough. 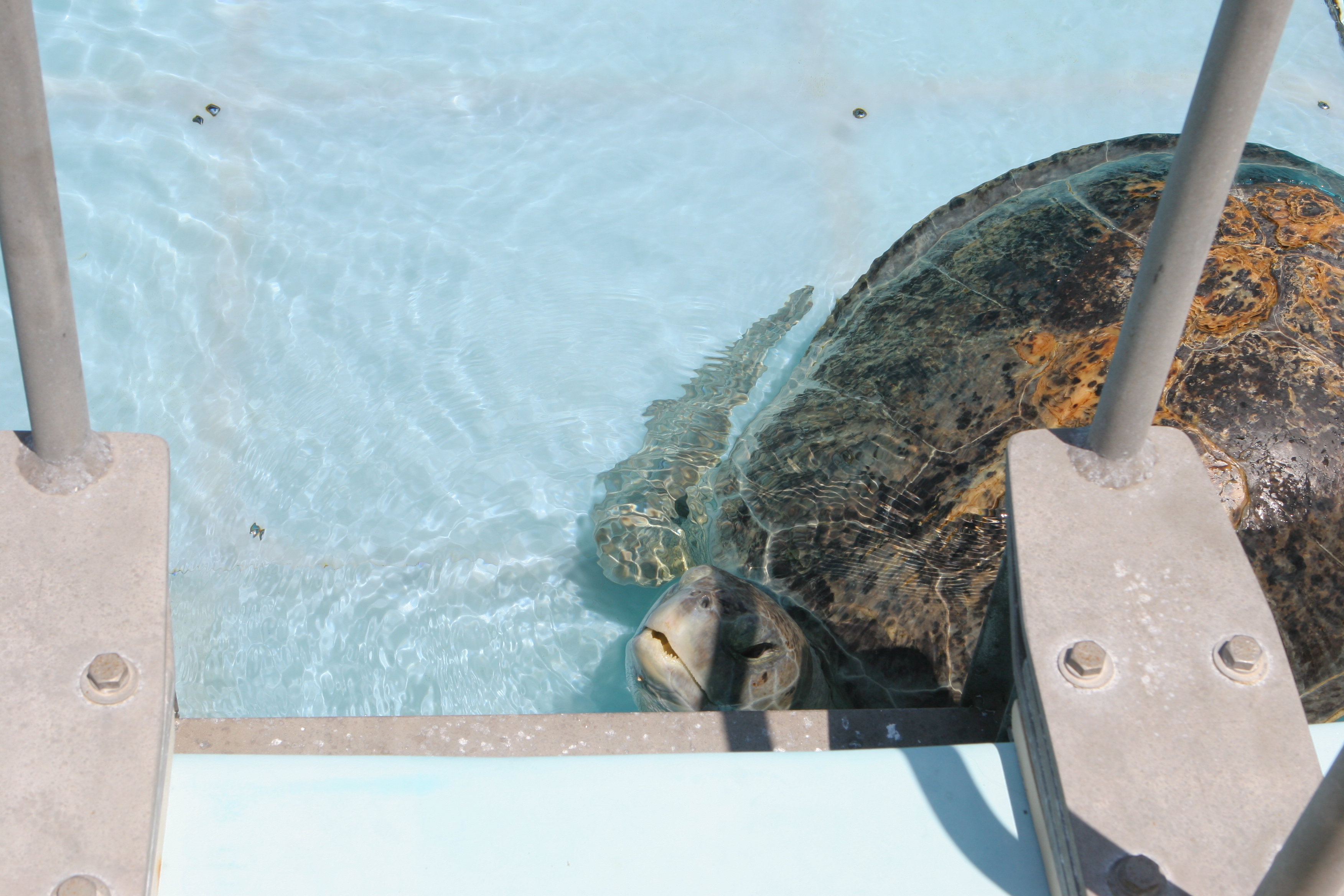 The facility is small and mainly does rehabilitation. So don’t expect exotic fish and a full day of activity. In addition, there are two locations that are included in the price of admission. The first was the aquarium itself overlooking the bay. Secondly, were the movie sets and information on how they made the movie, Dolphin Tale. 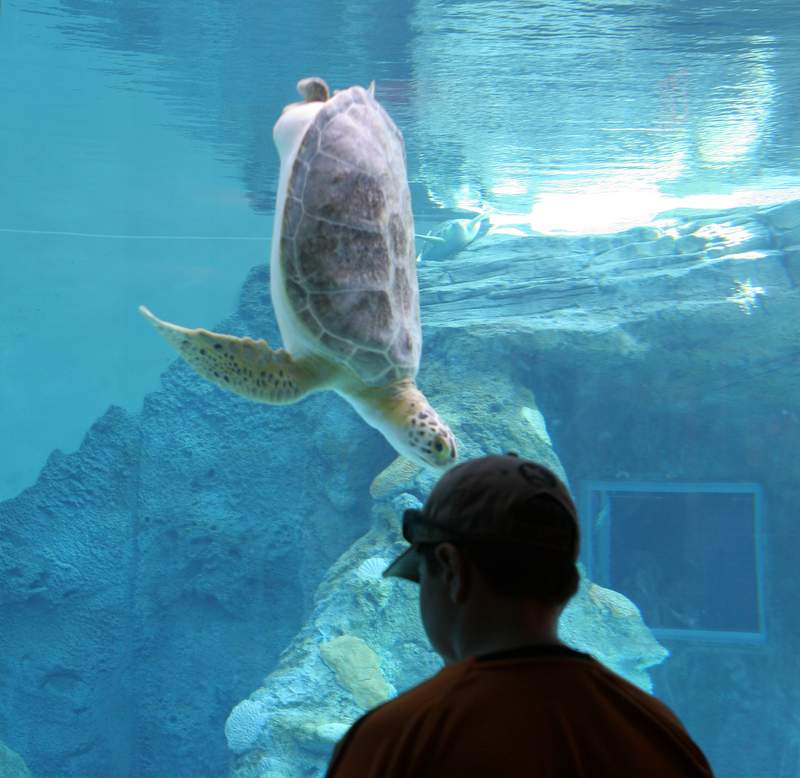 We took a trolley ride downtown to the building where many of the scenes were filmed. Now, many of the sets are located inside. We were greeted by a summer intern who gave us a personal guided tour. 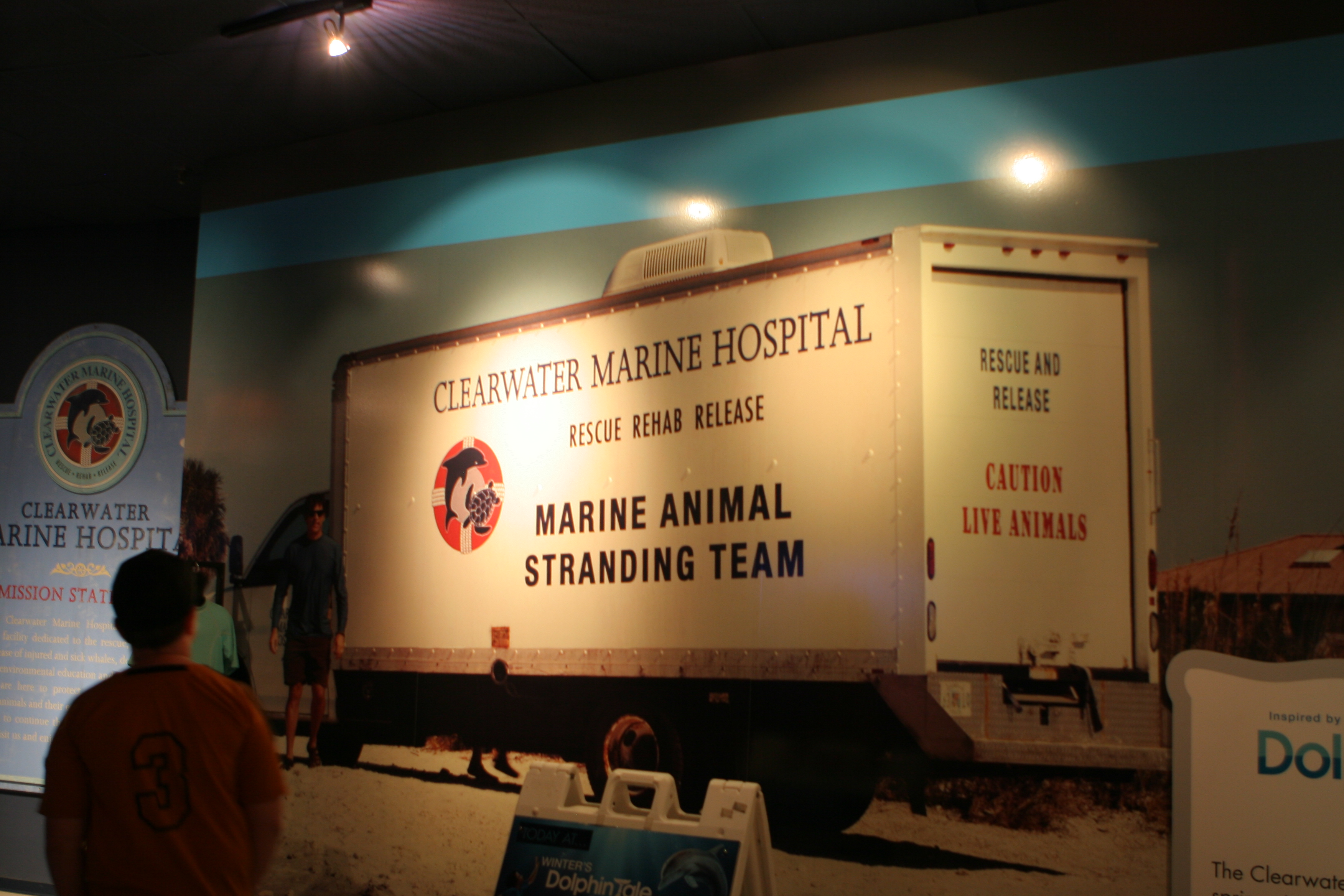 I loved learning about the behind-the-scenes information in the movie. In addition, we learned how they used animatronic dolphins for some of the scenes. Although, I think Grant was disappointed to learn that information. He wanted to believe the whole movie was real. 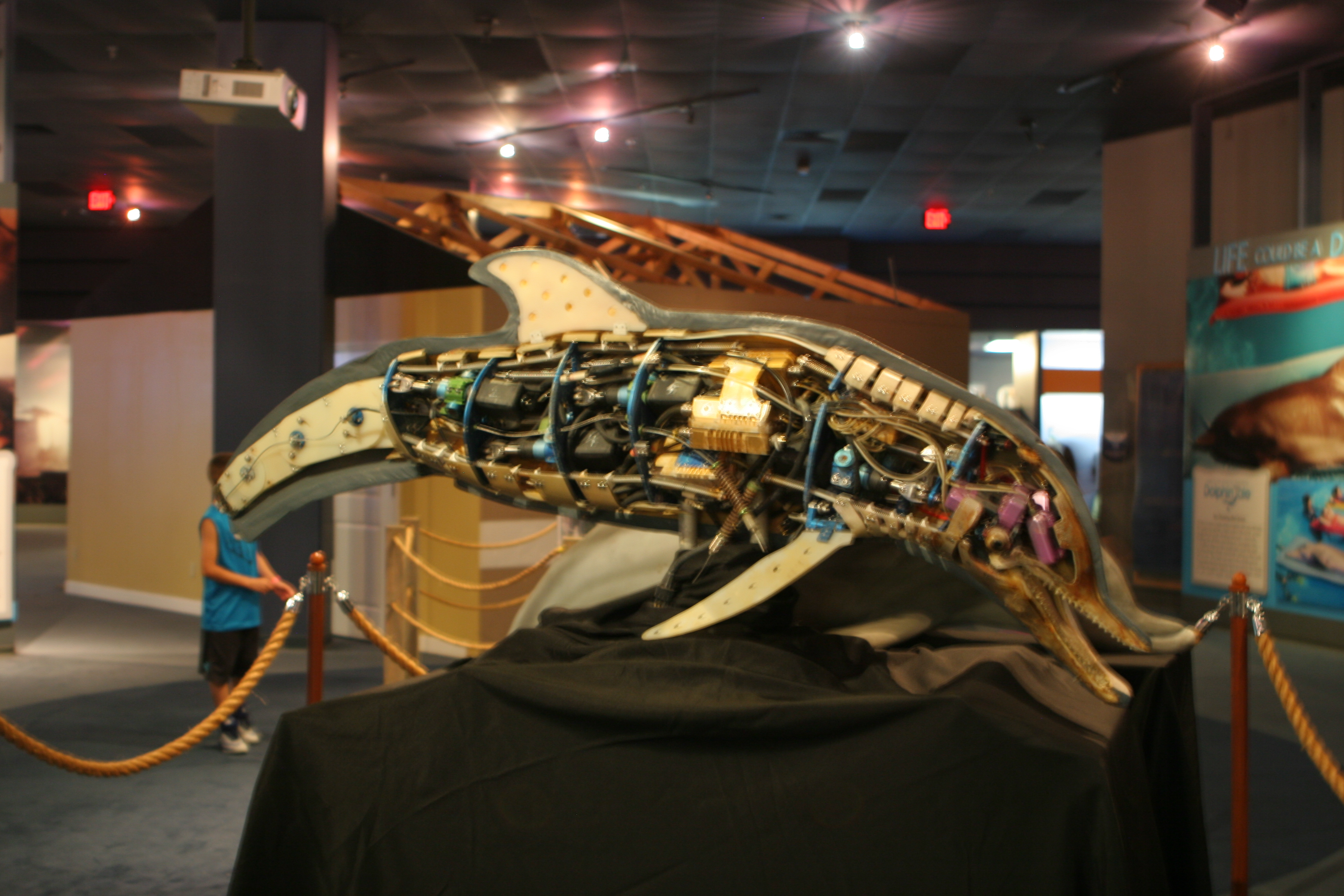 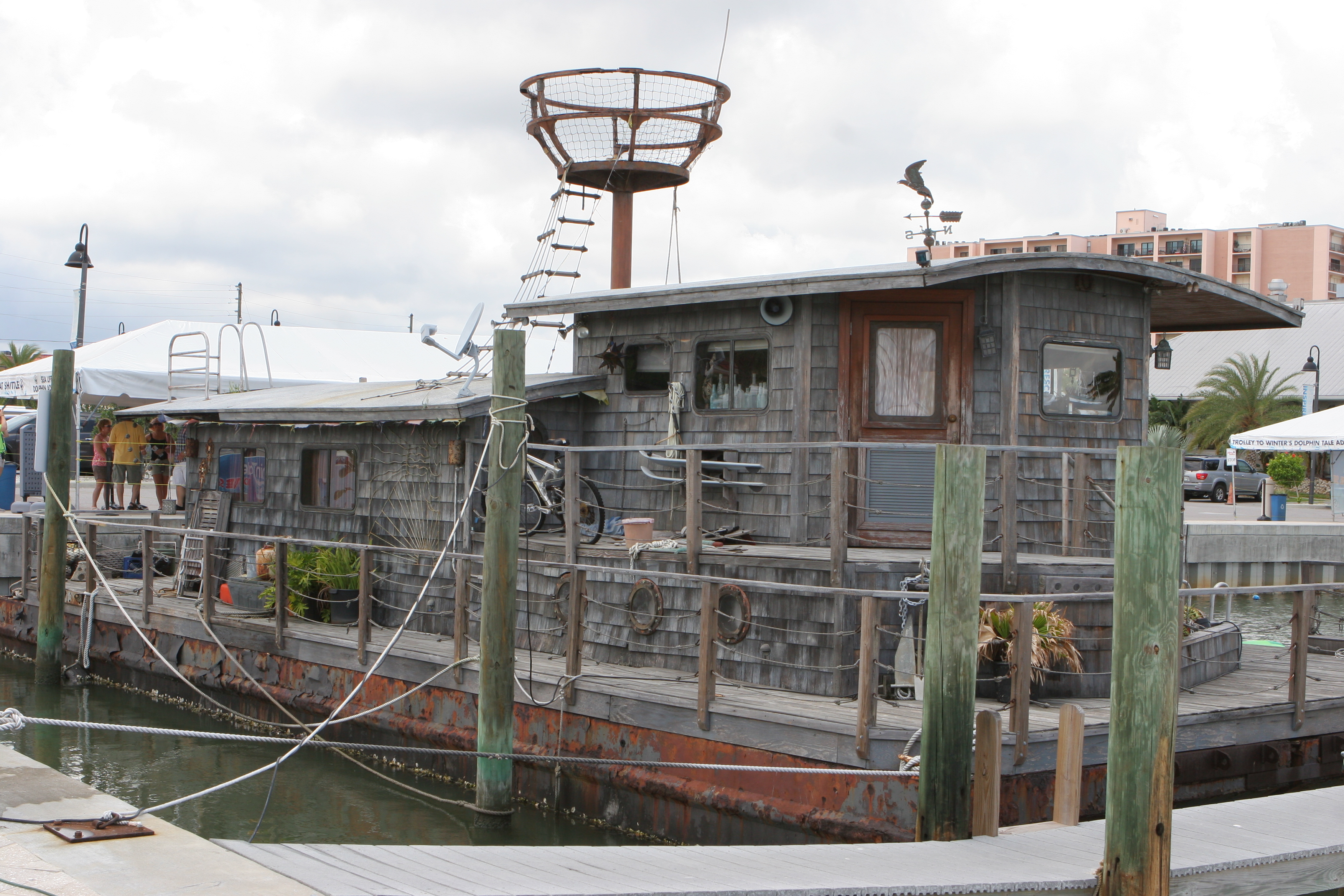 We took a boat ride back to the aquarium and finished our tour. 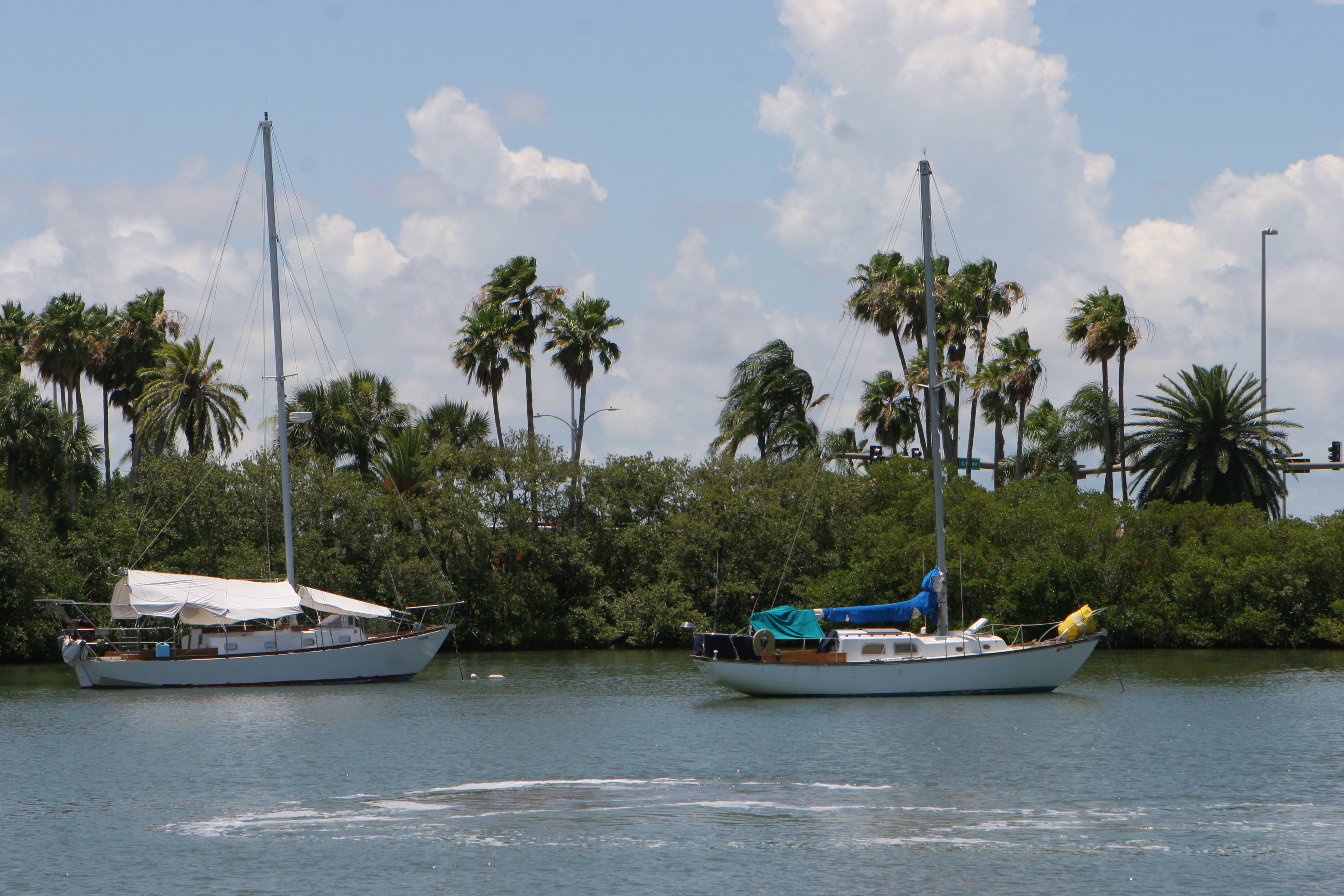 Then, we took a boat ride back to the aquarium and finished our tour. Many of the scenes at the beginning of the movie Dolphin Tale were filmed at Honeymoon Island State Park. Of course, we went to visit the park.t 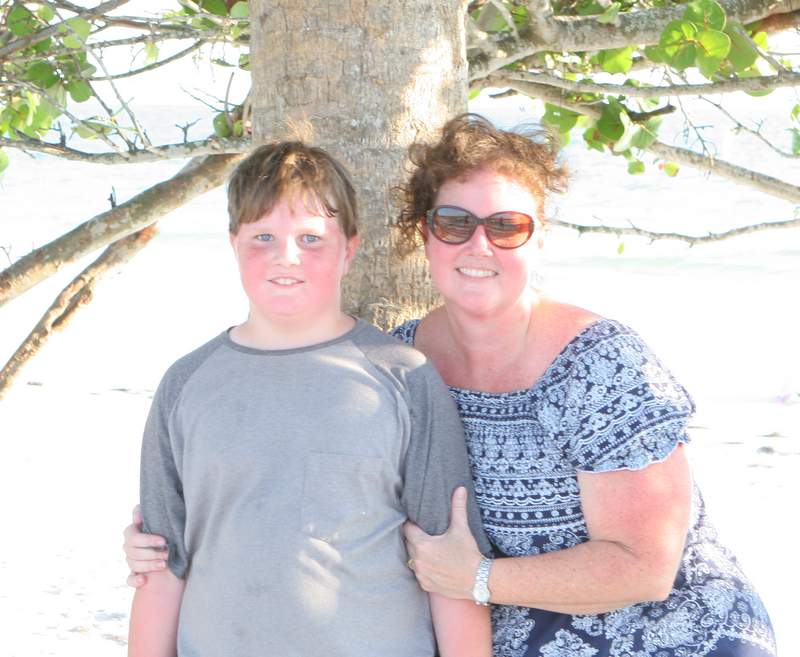 It was beautiful. In addition, there were breathtaking views and a white sand beach. Did I mention how hot it was? Next, we went bicycling on the nature trail. Until my tire went flat. Then, we walked along the beach. Grant skipped seashells into the water and found a few interesting creatures. 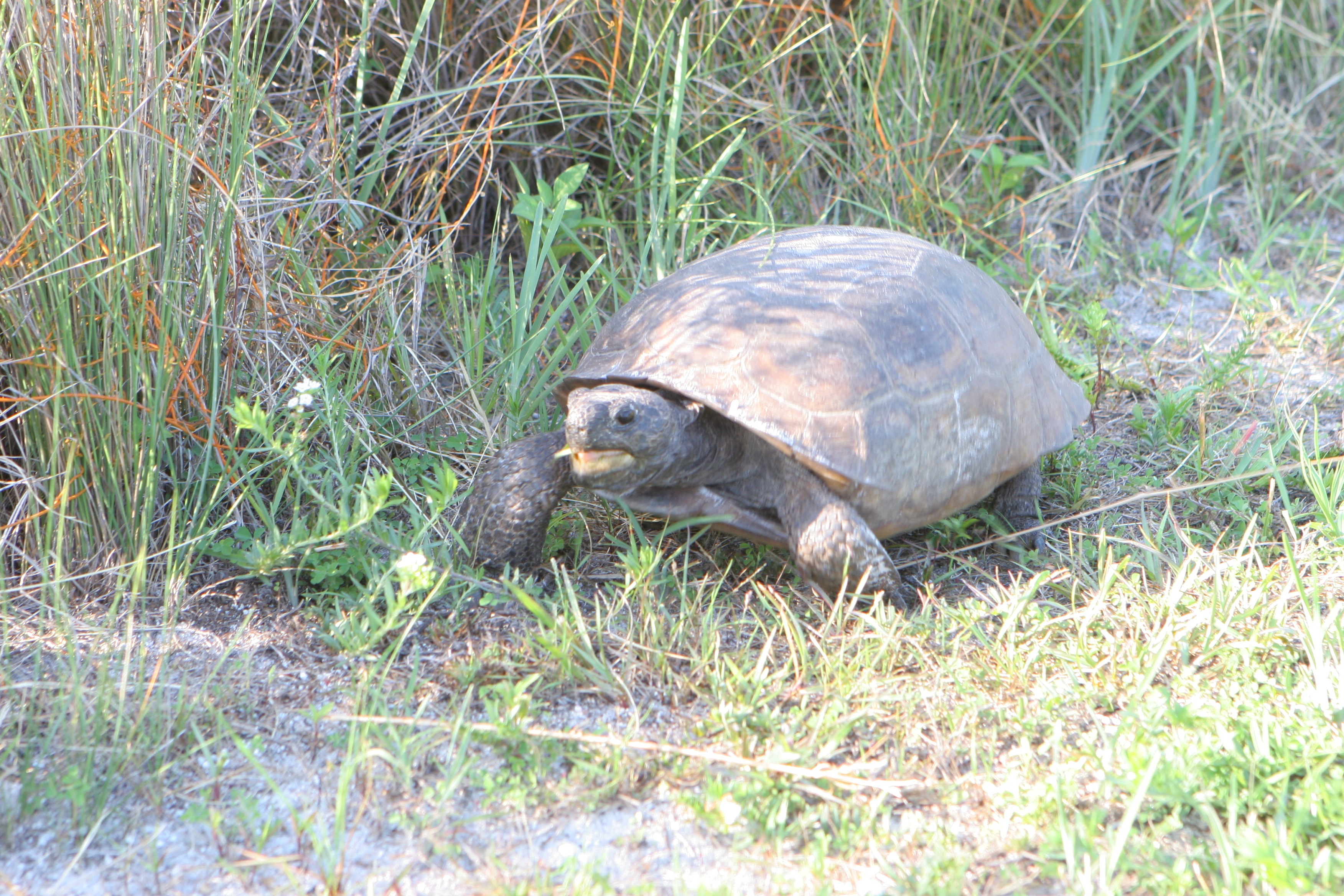 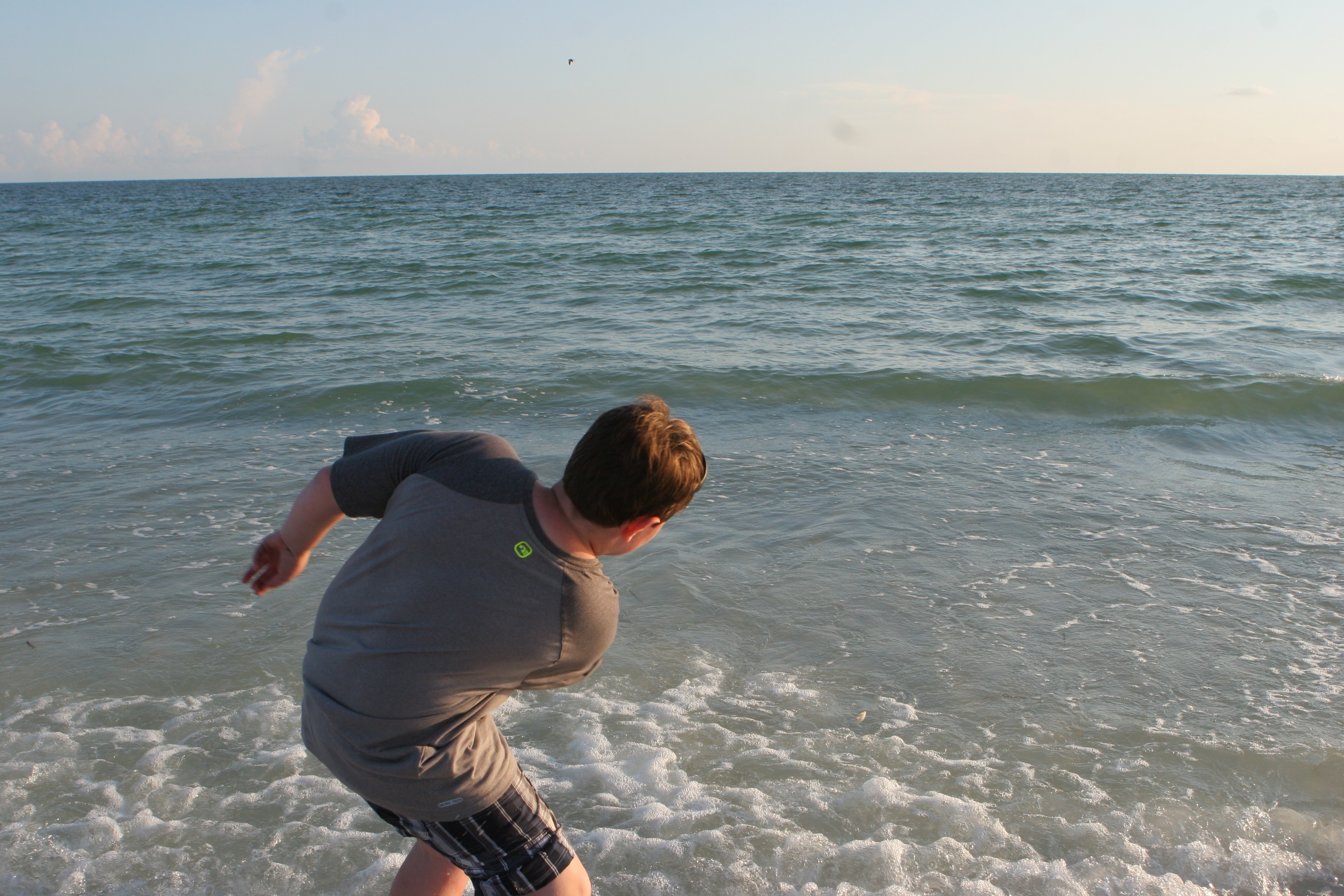 We wanted to stay for sunset, which I hear is phenomenal. However,
we were attacked by the biggest monster mosquitoes I have ever seen. 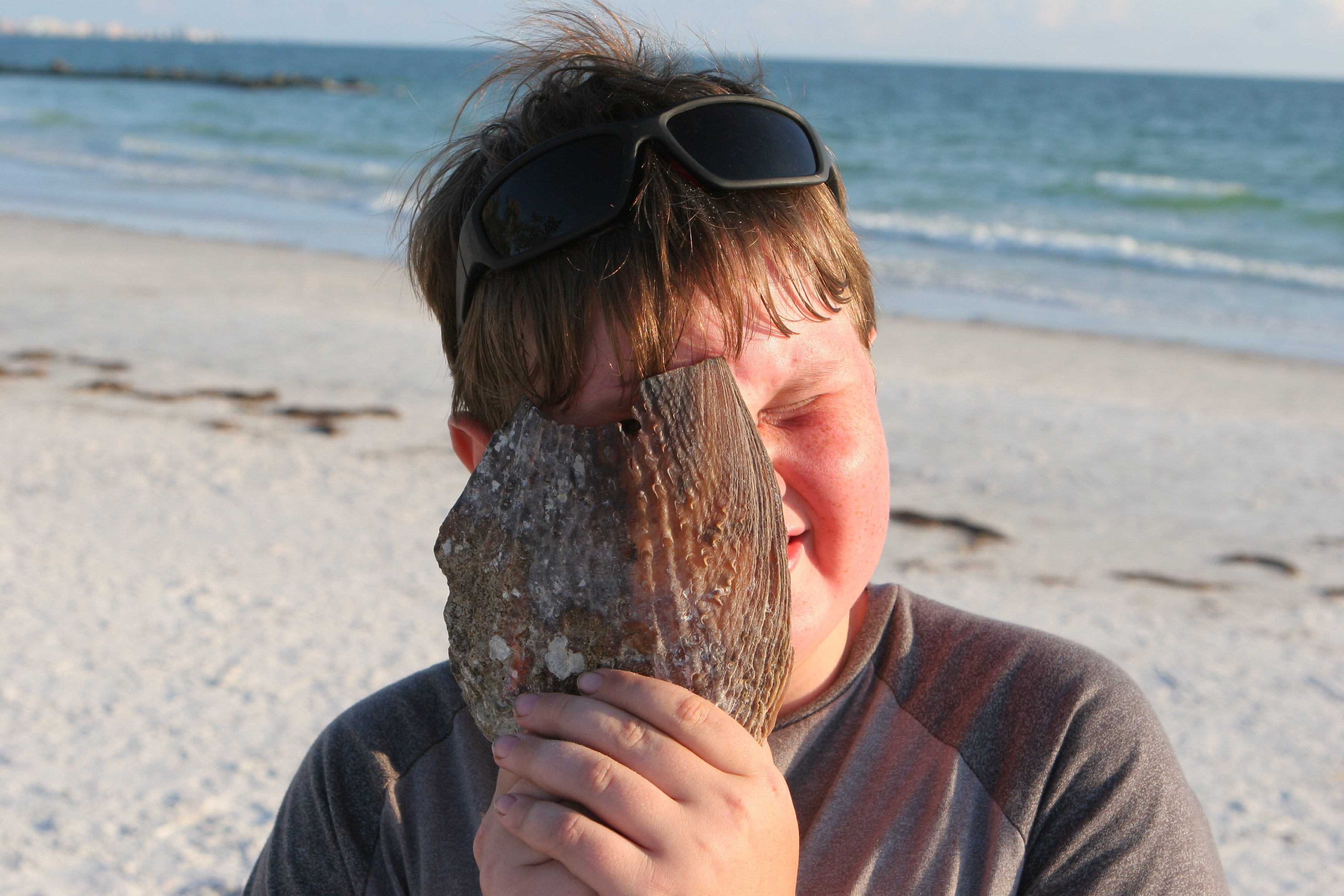 We wanted to stay for sunset, which I hear is phenomenal. However, we were attacked by the biggest monster mosquitos I have ever seen. When I say attacked, I mean blood running down my legs and screaming for mercy! We ran, literally, and jumped in the car for safety. 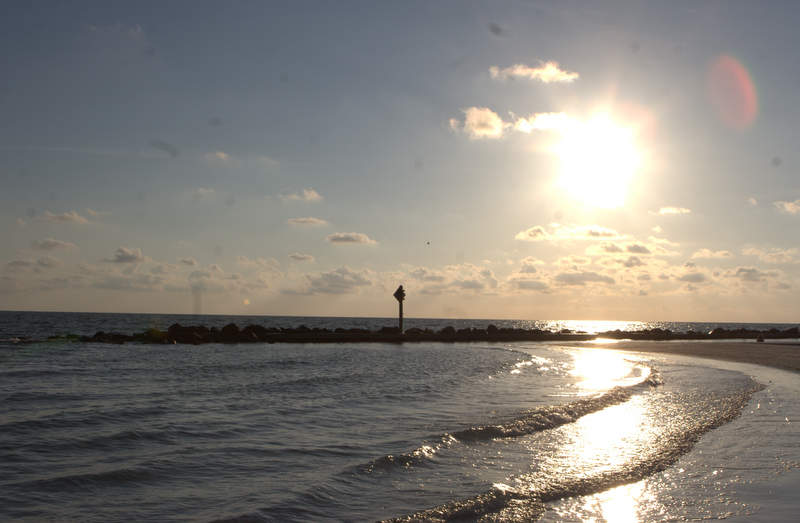 Plan your trip to Clearwater Marine Aquarium and Honeymoon Island. They are worth the trip. Just remember to pack bug spray and a tire pump.