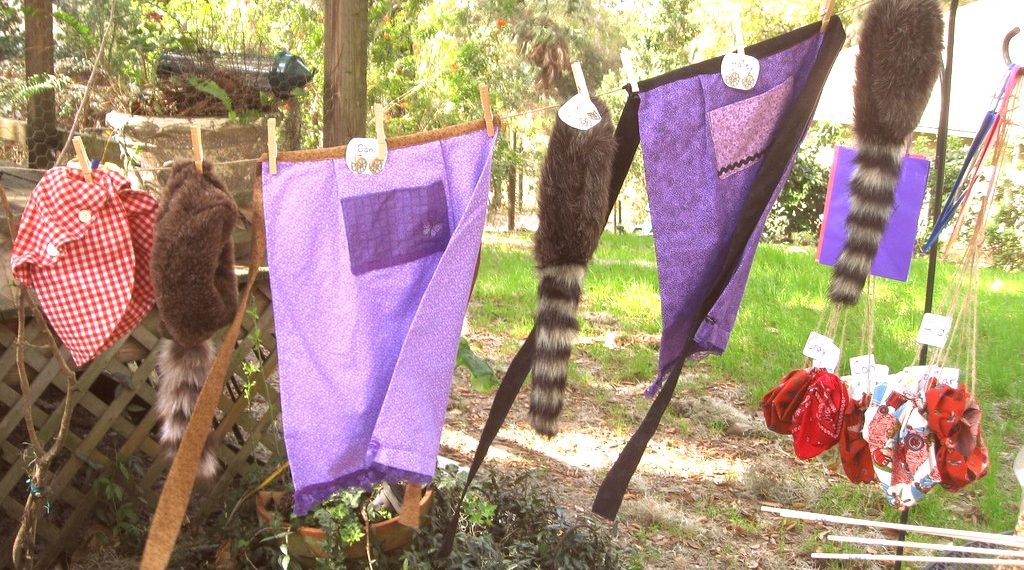 Little House on the Prairie is just as much fun for boys as it is for girls. When my sons decided on a prairie boy birthday party for their joint birthdays I knew I would be in heaven. Our homeschool year had been all about reading the Little House series. In addition, we enjoyed many activities and resources as part of our lessons. Grayson and Grant decided their joint birthday would be on the prairie too! We had great fun planning activities for all to enjoy.

Everyone needed either an apron or a coonskin cap. Subsequently, we had a sewing class with some of the mothers a month before the party.  We made aprons for the girls who would be attending. I ordered coonskin caps for $3 and made hobo-style pouches out of handkerchiefs and twine for a goody bag.
This party was full of activity for rambunctious 7 and 10-year-old birthday boys. First up was to count the buttons and marbles toss. These were time fillers until all the guests arrived. 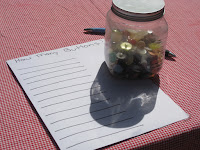 Next, the maple tapping relay was a hit. Two teams. Each got a spoon. They ran down to the “maple tree” (water jug) to fill their spoon. Then ran down and poured into a plastic cup shaped like a boot. The goal was to see which
team could fill their boot first. 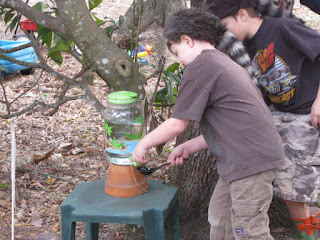 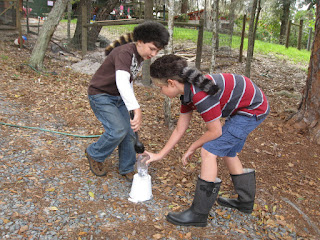 Second, there was Buffalo hunting. A plastic bow and suction cup arrow are aimed at a buffalo. 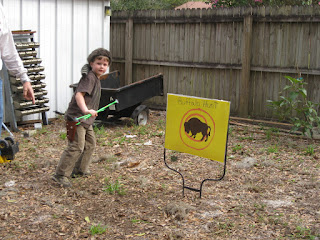 Thirdly, bear trapping is an important food for pioneers! I had bear track cutouts that I hid around the property with clues. Two teams went in search of their “bear” which was a stuffed animal. 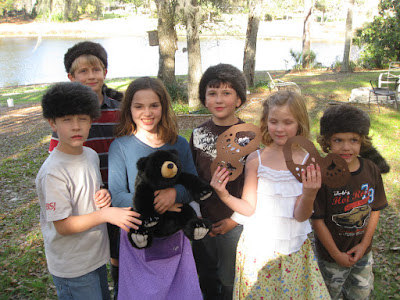 Up next was the wagon race. It was hilarious! A relay of two teams pulling each other in wagons. 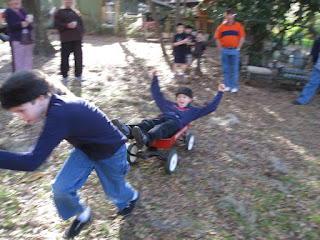 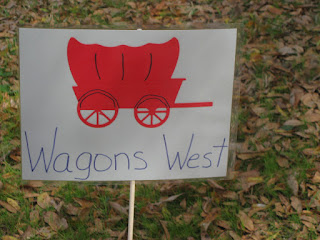 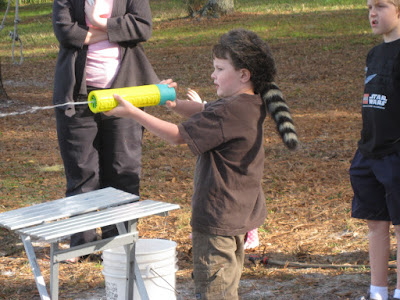 Boys made buzz-saw toys with Curtis on the back of the truck. I know, power saws were not in the pioneering days! 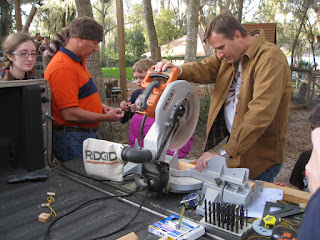 Of course, the girls made rag dolls at the picnic table. 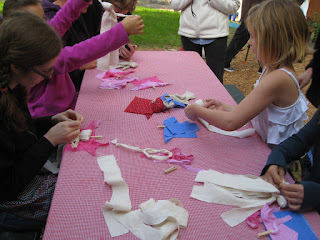 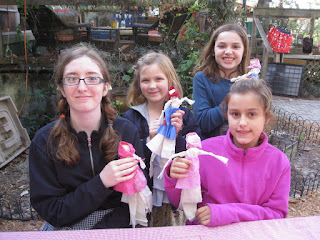 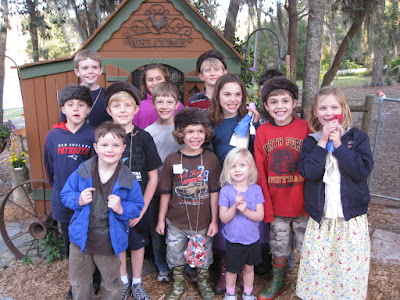 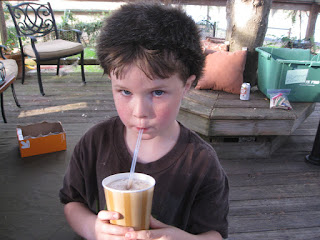 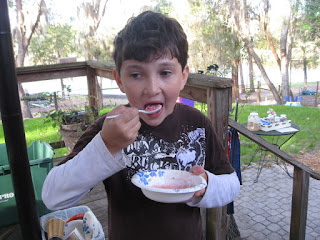 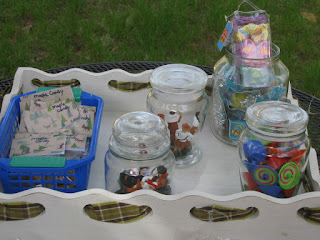 Our guests ranged in age from 3 – 15. Everyone had a wonderful time with all the activities. Even the adults joined in on the fun. Reliving Little House on the Prairie can be exciting at any age. Just a little imagination can turn your backyard into a pioneer prairie. 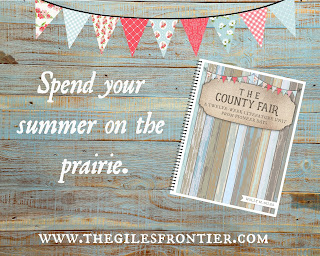 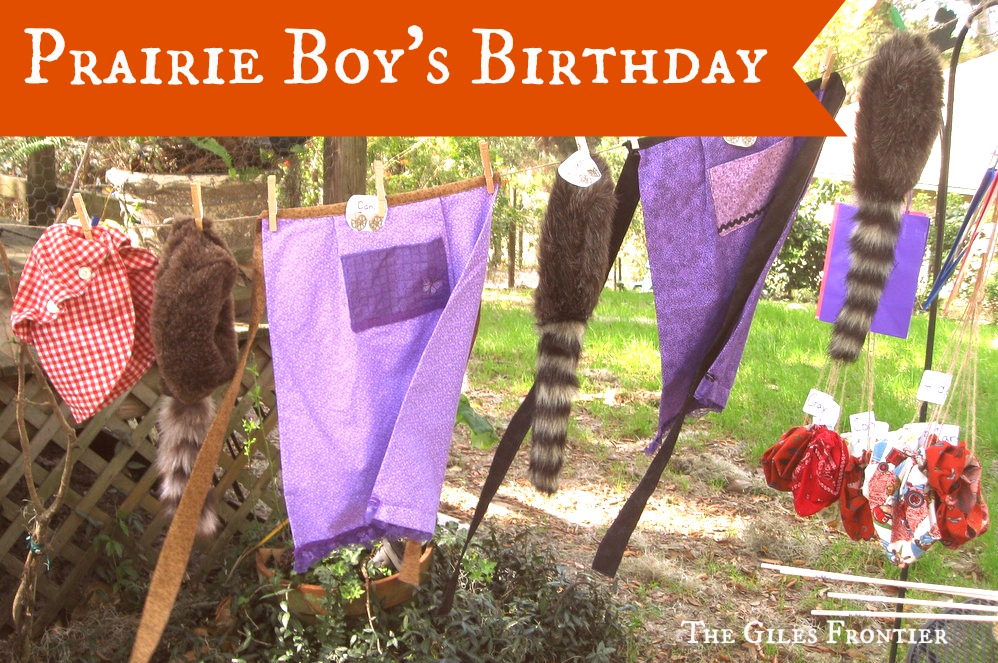